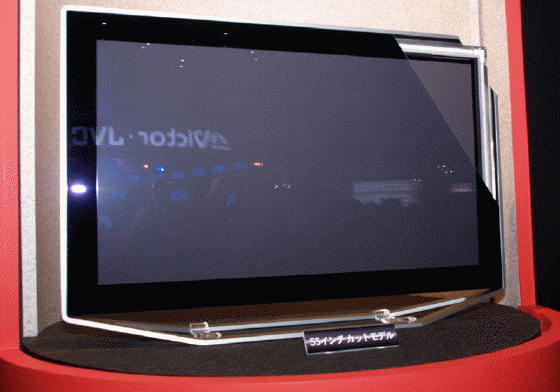 Remember SEDs? Those surface-conduction electron-emitter displays were around for quite a while, competing with FEDs (field emission displays) until Sony decided to pull the plug on the latter back in March last year. That gave one company, Canon, enough of a push to continue to believe in SED. Canon even filed new patents on SED technology in the US in May 2009. But that’s over now (we kind of anticipated this as early as December 2008).

Canon yesterday decided to freeze development of SED technologies, mainly because the company was unable to push down production costs to an acceptable level. The plan to establish SED as the next standard for flat TVs also proved to be more difficult than expected because Canon faced a lawsuit based on their work with SEDs in the US (the picture shows a Canon SED prototype from 2008).

Toshiba left a joint venture with Canon that was aimed at developing SEDs in 2007 already. Now if only the hardware makers would focus on producing affordable OLEDs (Samsung Mobile Displays’ Sang-Soo Kim said this week he expects OLEDs to be the standard for flat TVs in about five years).