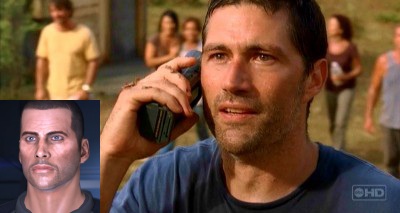 It’s takes a special type of nerd to read a video game’s novelization, and I’m none too proud to say that I recently started reading the Mass Effect novel. But there’s a certain quiet dignity in reading a novelization that simply isn’t present when sitting at the multiplex (or downloading the Blu-ray rip, as it were) watching a movie. Get ready: EA has sold the movie rights to Mass Effect, and it’s gone to Legendary Pictures, the same people behind The Dark Knight, Watchmen, and The Hangover. So there’s hope the movie won’t be total dross.

Several of the BioWare folks, including Ray Muzyka and Mass Effect project manager Casey Hudson, will be a part of the production, so there’s even more evidence that the movie has the potential to be OK.

It’s being written by the man who wrote I Am Legend, Mark Protosevich. I never understood how you can be credited with writing a movie when all you’re doing is remaking it…

The thing is, Mass Effect is already so cinematic that making a movie seems like overkill. Just play the game; I’m almost certain the movie won’t be as good as the game was.

Stating the obvious: Commander Shepard needs to be played by Matthew Fox, the guy who played Jack in “Lost.” They look identical.