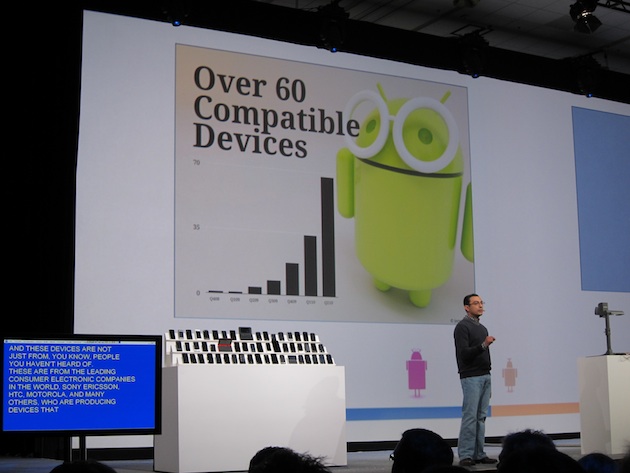 Android was the second best-selling smartphone this quarter, Gundotra says. They are only behind RIM — and yes, ahead of that other rival. Gundotra also pointed out the stat from AdMob that Android was first in terms of web and app usage among smartphones.

And that’s not all. Gundotra also announced that there were now over 50,000 apps available for the platform. And there are some 180,000 developers working on the platform.

There are now over 60 compatible Android devices from 21 OEMs in 48 countries. The devices are spread across 59 carriers. 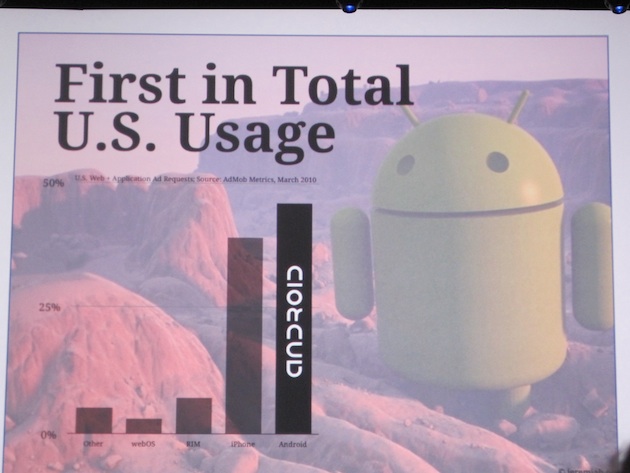 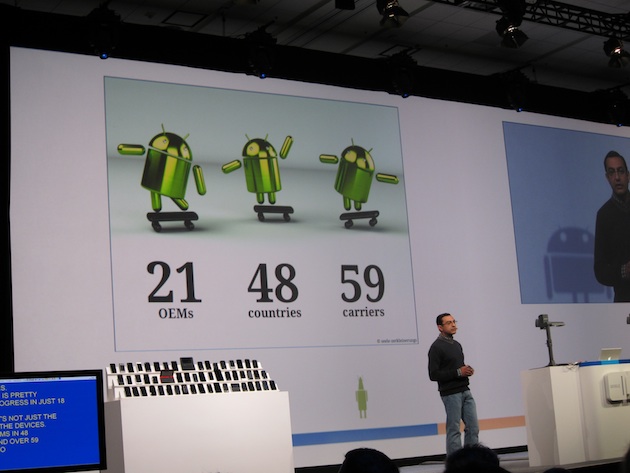