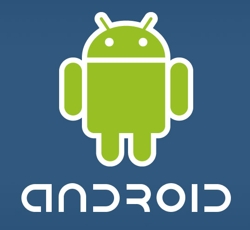 Today during its keynote at I/O, Google officially announced that the latest version of Android, called Froyo, will feature tethering and wireless hotspot functionality — a big win for Android users. When we broke the news last week we questioned whether or not carriers would be able to disable or charge more for this functionality given that it was baked into the default Android OS. Unfortunately, at least as far as consumers are concerned, it sounds like carriers will get their say. In other words, expect at least some carriers to charge more for tethering.

I asked Hiroshi Lockheimer, who heads up engineering on Android, about the issue and the answer was confusing to say the least. Lockheimer said that Android doesn’t do anything special to tag data that’s being accessed through tethering, though carriers could probably find a way to detect it if they really wanted to. But they probably won’t have to, because Android is making it easy for carriers to either charge extra for, or disable entirely, tethering on the phones they sell. It sounds like these would both require small modifications to the OS.

That’s straightforward enough — carriers and OEMs have been molding Android to suit their needs for a while now. But what about phones that feature the “Google Experience”, which is the term used to describe devices that ship with the stock Android OS (Google Experience phones include the Motorola Droid and Nexus One)? Presumably carriers wouldn’t be able to insert their payment switch if the OS is unmodified, which means these phones could potentially get tethering included in their normal data plans.  We’ll have to wait to find out — Lockheimer said that the answer isn’t clear yet.