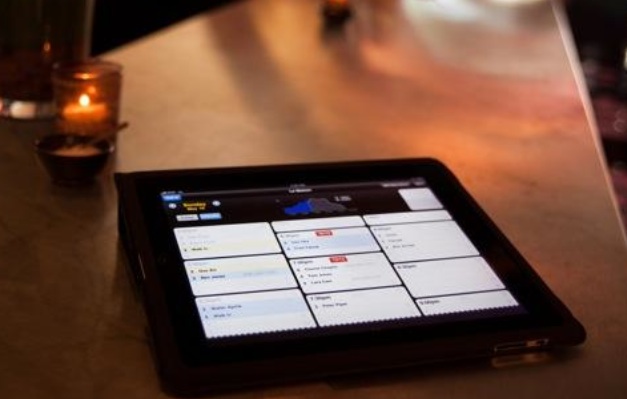 RezBook works hand-in-hand with UrbanSpoon Rez, an iPhone application that launched last Fall. Urbanspoon Rez helps restaurants promote open tables and add a Rez button to their Websites, their page on Citysearch, mobile apps like Urbanspoon, or to other sites and apps through CityGrid. RezBook takes those incoming reservations and manages them on the backend, and creates a customer database in the process.

The combination of Rez button promotions and the iPad’s off-the-shelf affordability should allow Urbanspoon to target a wider swath of restaurants than the kind you currently find on OpenTable. At least that is the plan. I place RezBook in the same category as Square’s iPad app, which turns the tablet into a mobile cash register. Both of these apps leverage the iPad to bring sophisticated business software to small merchants with the promise of bringing them into the digital age.

When is OpenTable going to come out with its iPad app? 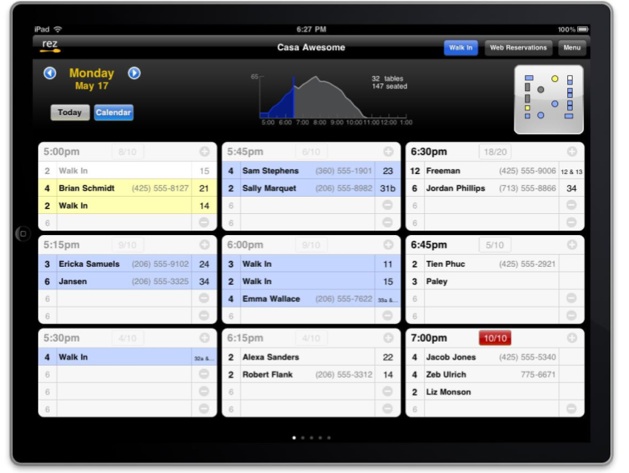 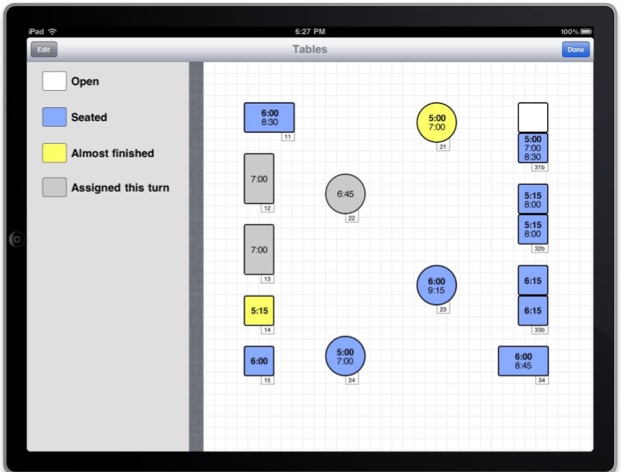