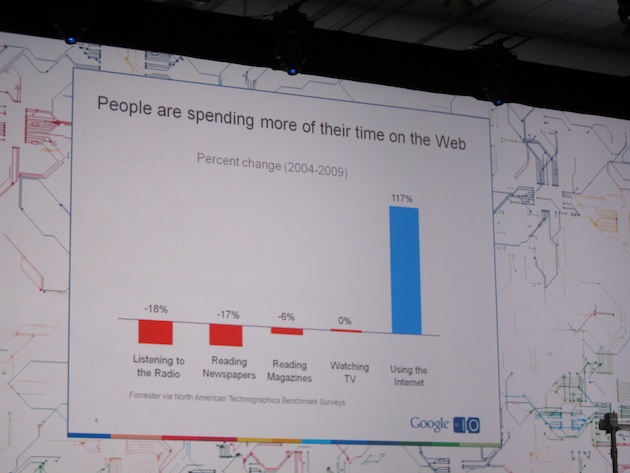 Today at the Google I/O conference in San Francisco, Google’s Vic Gundotra put up an interesting slide early on in his keynote. As you can see in the image above, over the past 5 years, the web is kicking ass.

From 2004 to 2009, stats from Forrester say that use of the web is up 117% in terms of how people spend their time in a day. That may not be too surprising, but what’s interesting is that all of the other major forms of media consumption are down or flat during the same period. Listening to the radio is down 18%, reading newspapers is down 17%, reading magazines is down 6%, and watching TV has seen 0% growth.

Obviously, this is all good news for Google, which is all-in on the web. Well, at least until their TV solution launches (maybe later today).