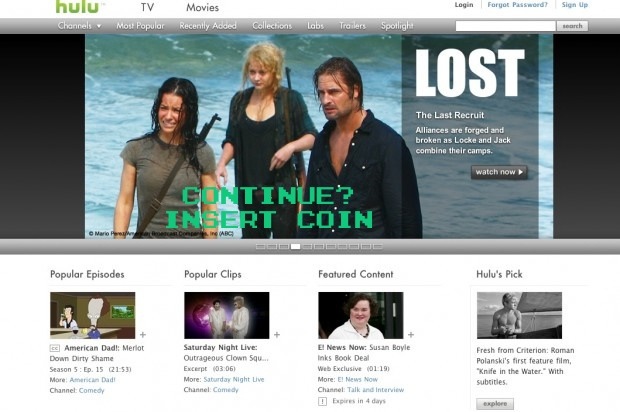 While the LA Times noted that Hulu would soon be offering Hulu plus by May 24, the $10 will apparently not be rolled out by next Monday, thus allowing you unfettered access to the intellectual produce of thousands of studio employees for a least a few more months.

As you recall, Hulu Plus:

… will be the source for streaming TV. The company is a joint venture of NBC, Fox, and ABC and, as such, has become a clearing house for popular broadcast television. The question here is what constitutes a more comprehensive selection – I suspect full seasons as well as almost immediate simulcasting of broadcast programming – but that has yet to be decided.