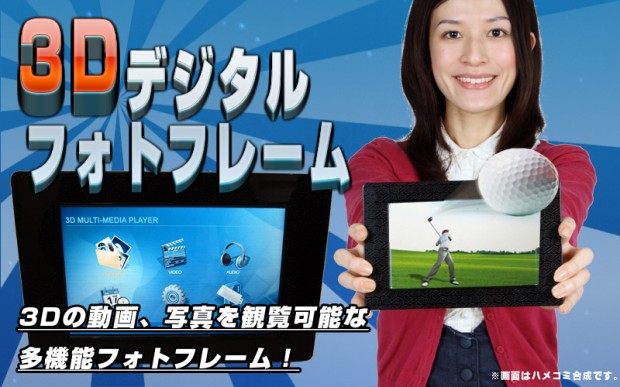 Take this with a grain of salt, but I need to report that Thanko, the infamous gadget maker from Tokyo, has started selling a 3D photo frame [JP] today. The USB specialists say the 7-inch device, which they also call a “3D multimedia player”, doesn’t require users to view images in 3D.

I’m somehow doubting that a gadget offered by Thanko really can produce high-quality 3D images, but I could be wrong. (The screen was probably made somewhere in China, not by Thanko itself.)

The photo frame is battery-powered, can switch between 2D and 3D mode, and can actually display both pictures and video in 3D (according to Thanko). It’s compatible to JPEGs, MPEGS and AVIs (30fps max.), and features 800×480 resolution, 350 cd/m2 brightness and a contrast ratio of 400:1. 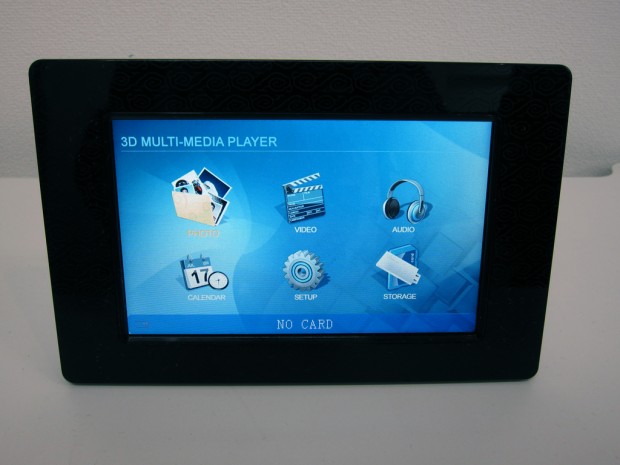 You can view content stored on SD/SDHC/MMC cards or USB sticks. The 3D display, which isn’t a touchscreen by the way (there’s a bunch of control buttons on the right side of the panel), also features a calendar and a clock function. It’s sized at 186×145×41mm and weighs 450g. 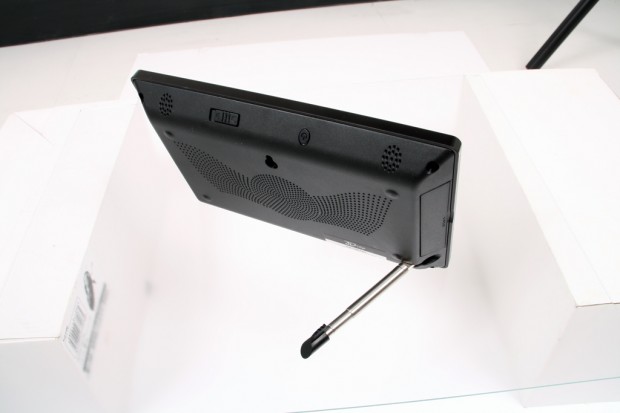 Thanko is offering the device for $325 on its Japanese website (the price includes a remote control and an SD card). Ask import/export specialists Geek Stuff 4U for help if you want to get one but live outside Japan.