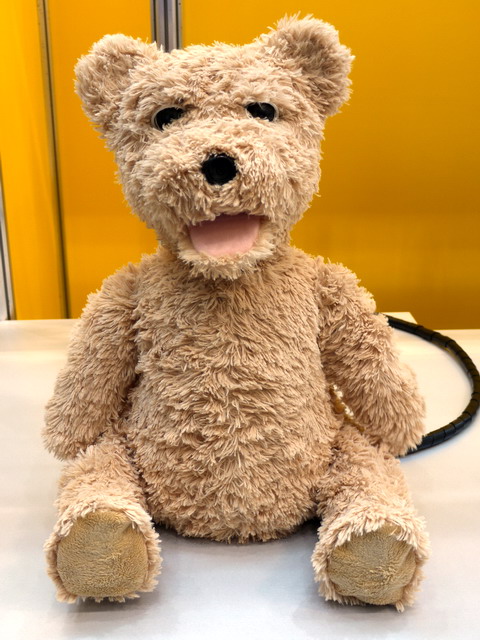 Last month, we’ve shown you a teddy bear robot that’s made by Fujitsu and looked pretty cute – on pictures. But now, after seeing a video (embedded below) of the bear actually “communicating” with a human, I’m not so sure anymore if it’s really a good idea to use this to entertain elderly or younger people (the robot’s target group).

The robot can detect the presence of human beings (through a camera in its nose, as seen in the picture below) and reacts when someone touches or speaks to him. It boasts eight touch sensors, 300 different pre-programmed patterns of behavior, speakers, mics, accelerometers, and a total of 12 joints. 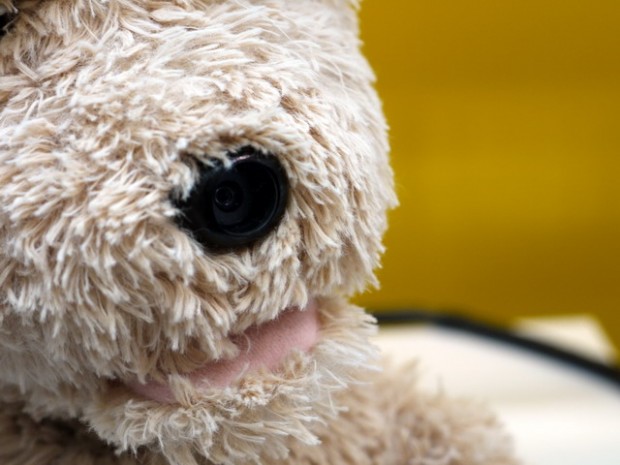 The problem is that the Fujitsu robot, in its current form, isn’t really convincing from a technical point of view (judging from the video below, at least). And it’s certainly not as cute as Paro, the baby seal robot, which is already being used in a number of nursing homes in Japan and elsewhere. That one even warmed John’s heart.

Here’s the (relatively) short video showing the bear in action: