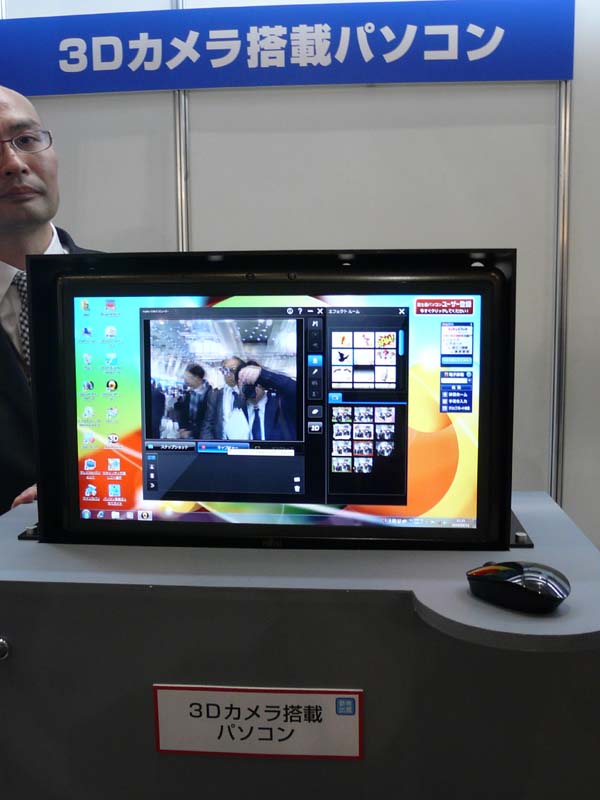 Another day, another 3D-related tech news item from Japan. This time, it’s a 3D-powered desktop PC Fujitsu is currently demoing at a two-day company event (Fujitsu Forum [JP]) in Tokyo. It’s not only able to display 3D images but also has a 3D camera built-in (just above the display).

Technical details are scarce at this point, but the camera can shoot both pictures and videos in 3D. Fujitsu says they are focusing on making the all-in-one PC and the camera as easy to use as possible (according to the company, even small children will be able to handle the hardware). Glasses will be a must for viewing the 3D images. 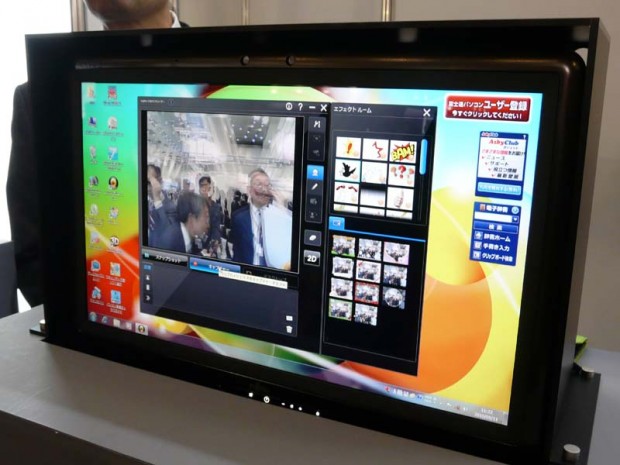 According to Fujitsu, the hardware is completely finished, and the company is now thinking about how and when to begin commercializing the PC. Last month, NEC already announced plans to start shipping their first 3D desktops in Japan later this year.

I’ll try to go to the Fujitsu event tomorrow to make a video or two myself.