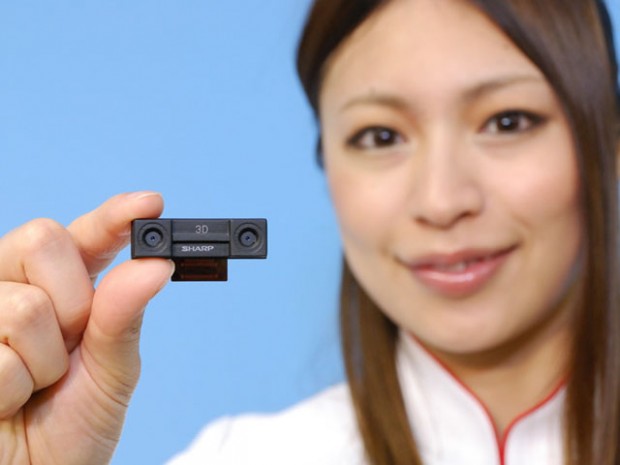 Sharp really believes in 3D, it seems. In the past weeks the company presented a new 3D touchscreen for mobile devices, then the world’s first four-primary 3D display, followed by a 3D e-book reader. And today Sharp in Japan unveiled [press release in English] the world’s first 3D camera module that can be used in mobile devices such as cell phones, digital cameras or portable gaming systems.

Technical details are relatively scarce at this point, but what we know is that the module will make it possible to shoot both 3D photos and 3D videos in HD (720p) with those devices.

Sharp plans to begin shipping the first 3D modules to hardware makers as early as July, followed by mass-production within this year. Having this thing built into the Nintendo 3DS sooner or later would be kind of cool.