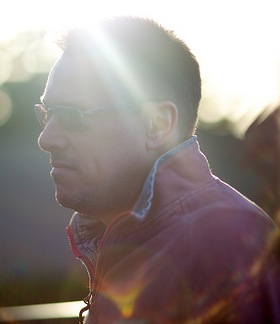 Yahoo has seen better days. I can’t remember when, but they’ve seen them. And today seems like a particularly bad one.

We just reported about Jonathan Trevor, one of the key figures behind Yahoo Pipes and YQL, is leaving the company for Polyvore. And now we have another one to report. Gary Gale, the Director of Engineering for Yahoo’s Geo team is out as well.

Gale tweeted out the news earlier today, saying, “Just told the team that I’ll be leaving Geo and Yahoo! at the end of the month; stunned silence and some pointed questions followed.” That’s an interesting way to put the news out there. Clearly, not everyone is happy about his move.

And they shouldn’t be. The location space is exploding with popularity right now both in the startup sphere (Foursquare, Gowalla, Twitter, etc) and within larger tech companies (Google, Facebook, etc). Yahoo is losing the man in charge of their movement at a pivotal time.

Yahoo was actual one of the first major companies on the geo scene when it unveiled Fire Eagle in 2007. But that project, along with so many others, fell to the back burner as Yahoo had to deal with things like Microsoft’s attempted takeover. Now small startups like SimpleGeo are taking over the space.

So where’s Gale off to? He won’t say just yet, but hinted that he already has a job “running a location group and that’s it’s not Google.” Judging from his tweets, he’s interested in our Facebook location scoop from yesterday. Of course, he also just tweeted about the “(d)evolution of privacy on Facebook,” so that seems an unlikely candidate as well.