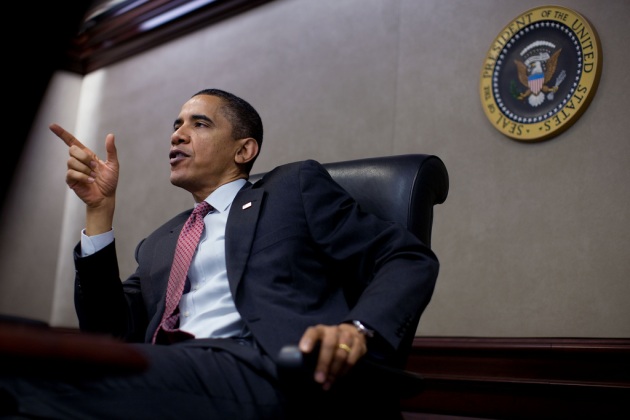 “Stay away from 4chan” (not an actual quote)

How much do you want to bet that, sometime this week, Steve Jobs will sign an iPad and send it to 1600 Pennsylvania Avenue with a note that says, “See, this isn’t so hard to use! :-)” President Obama, at the weekend’s Hampton University commencement address, cautioned students not to become too addicted to technology, to make sure they use technology not merely for entertainment, but to help out their fellow man.

Some folks, namely right-leaning sites, are quick to call the president a hypocrite. How dare he tell people not to embrace technology when his presidential campaign heavily used things like social networking sites, iPhone Apps—heck, he even advertised in a video game. (A pretty good video game, for the record.) To a point I agree, but only on a hugely superficial level, and even then you’d have to ignore what he actually said.

He’s basically saying to use technology for good and not simply for silly games.

You also have to consider the audience: he’s talking to a graduating class that faces some pretty bleak prospects. The global economy is about to explode like so many volcanoes, people are trying to set off car bombs in Times Square, Chelsea beat Wigan 8-0—things are crazy!

So, rather than run away from the world by playing World of Warcraft all day long (which, granted, is what I do!), or checking into this or that bar with FourSquare, or tweeting that you’re eating a wicked lunch, do something a little more constructive!

What that “something” is, I have no idea, but it’s a fine message to tell young people: don’t get lost in technology for the wrong reasons.