As if the Akiba Pulse Box (the Twitter heart beat posting device) or the Bowlingual (the iPhone Twitter app for dogs) weren’t enough: Japan now boasts the world’s first tweeting satellite, the CubeSat XI-V. Developed by the Nakasuka Lab at the University of Tokyo, the pico satellite (four inches) is currently orbiting Earth and keeps posting [JP] various data to its followers on Twitter.

It’s mostly relatively cryptic stuff like the satellite’s position in outer space, the current temperature, etc., but you also get the occasional image of mother Earth, for example this or this one (too bad these are so small). It’s been posting its status to Twitter for ten days, and it has well over 2,500 followers already. 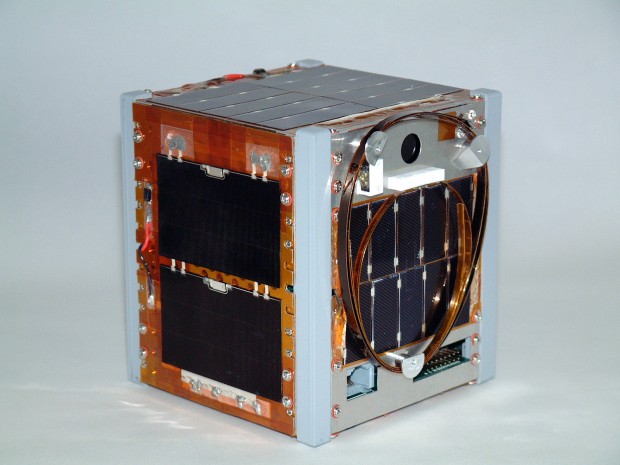 The XI-V, which weighs 1kg and was developed in twelve months, has been orbiting in outer space for about five years. You can find more technical info on the satellite here.