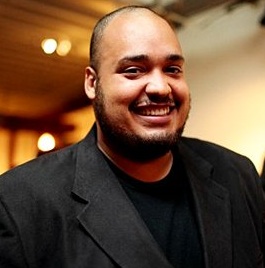 Editor’s note: Michael Seibel is the CEO of Justin.tv, the largest live video site on the Web. In this guest post, he addresses the challenges of live video on the Web and how to set it free (hint: it’s all about mobile).

I spend a lot of time talking about the challenges that live video will face in growing from an intriguing group of startups to an obvious part of the everyday web experience. Nearly everyone assumes that business challenges are what we need to overcome—bandwidth costs, copyright protection, premium content rights or monetization. They are surprised when my answers are product-focused, not business-focused.

Problem 1: Availability. The first evolution of consumer live video creation came in one flavor: broadcast from a computer with a webcam. Unfortunately, the interesting things that happen when you sit in front of your computer screen are few and far between. Being tethered to a computer is the single biggest problem in live video today. People need to be able to create live video from anywhere.

When something interesting is happening in your life, you should be able to grab your cell phone and show anyone else in the world what you’re seeing. Some companies have built apps that do just that, and when iPhone OS 4.0 launches this summer with video API support you’ll see even more. We’ve already seen mobile traction with our own iPhone viewing app. In the first month after it launched it has been downloaded over 1.4 million times, users cumulatively spent over 145 years interacting with the app and it accounted for 20% of our user signups. However, a mobile app isn’t enough because of the second problem . . .

Problem 2: Getting viewers. You need to enable your users to get viewers for their content, which seems like an even simpler problem than the first. It is actually a unique challenge for live video that is far from solved. When you make a 5 minute recorded video clip and upload it to YouTube, you can get viewers over the next day, month, even year. If you get 1,000 views in a week—about six views per hour—you are thrilled. When you broadcast live video for 5 minutes, you have—you guessed it—5 minutes to get as many views as you can. Most live video sites implicitly promise that you will get viewers during those 5 minutes. The truth is that’s really hard, and if your live broadcast doesn’t get any viewers in 5 minutes you’ve just had a terrible experience—probably your last.

There are two approaches to this problem. The first is to promote a new live video to as many people as possible, as quickly as possible. That likely means users on the live video site and people in the live video creator’s social graph, including their Facebook friends and Twitter followers. The second approach is to give viewers a great experience when the video they want to watch is no longer live. That means making discovery seamless for viewers, making it obvious what’s live and what’s recorded, and making it clear to creators that viewers can enjoy their video at any time. On Justin.tv, 50% of our video page views don’t have any video because the channel isn’t currently live. It’s nobody’s fault, but everybody loses: the creator misses the opportunity to gain a new viewer, the viewer misses an opportunity to watch something they like, and we miss an opportunity to delight a user. These things should be transparent to the user. They should be able to see what they intended to find, regardless of what’s live or not, with little to no navigation. Think of your televisions’s DVR, but smarter and personalized. They say good artists copy and great artists steal—the live video artists that win will use the best of what we’ve learned from recorded video and build the ideal live and post-live experience.

The live Web video industry is going to have a big 2010 and it’s going to play out on these two stages. Mobile and live go hand-in-hand and there has already been a lot of action in the mobile live video space, but the devices and mobile platforms are at a tipping point. iPhone OS 4.0, the arms race in Android phones and the quickly-maturing Android platform are going to make the mobile live video apps at the end of 2010 look nothing like the ones we saw at the start of 2010.