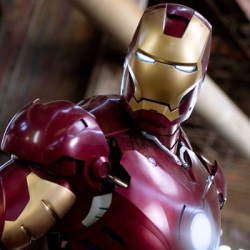 Excited for Iron Man 2? How could you be, after finding out that the movie’s producers removed all of the first movie’s charm? But, whatever, let’s not mince any words: the movie will be huge. It opens at midnight tonight here in the U.S. in what threatens to be the widest movie release in the history of movie releases. Actually, “threatens” is the wrong word to use: it will, in fact, be the widest release ever.

The movie has already been released overseas in 53 countries, and it’s made some $121 million dollars. Apparently the movie had a budget of $200 million, so it’s not quite there yet, but just give it a few more days, then Paramount Pictures will be rolling in the dough.

What’s most shocking about the movie is that they didn’t take a long weekend to tack on terrible 3D effects, which means the final numbers won’t be as high as they would have been if people had to pay a 3D premium.