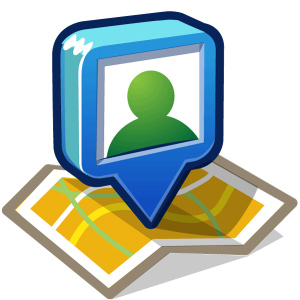 “Hey Foursquare and MyTown, suck it.”

Okay, Google’s Steve Lee didn’t actually say that during the location panel at the Web 2.0 Expo today, but he may as well have. While Foursquare may have just crossed 1 million users, and MyTown now has 2 million, Lee revealed today that Latitude, Google’s location-based service, has 3 million active users — and some 8 million have signed up since the service launched.

“Latitude is not dead,” Lee said in a half-joking manner, presumably refering to the fact that no one really talks about it despite all the talk of the location space right now. In fact, the service has grown 30% per month each month this year so far, Lee says. The reason appears to be the strong growth of the Android platform. Over 10% of all Android users are using Latitude, Lee said.

Lee said that one reason it took some time for Latitude to take off was that there hasn’t been very good iPhone support. The iPhone is key for a lot of location services. The majority of users of Foursquare and all of MyTown users are on the iPhone (or iPod touch/iPad), for example.

But up to this point, you haven’t been able to run third-party services in the background, so even if there was a Latitude iPhone app (which there isn’t), it wouldn’t do much. With the new iPhone 4.0 OS software, services will be able to run in the background and access things such as location. So it will be interesting to see if Google releases a native iPhone app. But right now, the aforementioned Android growth, and big time BlackBerry penetration is countering the lack of iPhone support, Lee said.

While he wouldn’t specifically speak to Google’s plans, Lee also hinted that Latitude would soon have a check-in component. When moderator Brady Forrest asked if Google would move from implicit to explicit location based on the popularity of check-ins, Lee said he does see the company moving that way. But he made sure to emphasize that they still see promise in the implicit model. “It will be a hybrid model eventually,” Lee said.

So while everyone is worrying about Facebook entering the space, maybe Google should really be the one to worry about? After all, 3 million active users is nothing to sneeze at. But not so fast — Lee also noted that a full quarter of Latitude users have zero friends. Yes, zero.

But Lee doesn’t mind that fact. The reason is that there’s another component Latitude has been working heavily on: location history. While a version of this is out already, Lee hinted that in the next couple week there will be a much more robust version. This will allow people who run Latitude in the background to get interesting information and data about where they’ve been. Foursquare also revamped their location history page recently, but again, since Latitude is always-on, they have a different layer of data.

Naturally, privacy will be important with such a feature, but Lee says this information will be restricted to just users themselves.

I’ve written in the past that Google Buzz perhaps should have started as a location-based service. Now it seems pretty clear that they are definitely taking location very seriously.