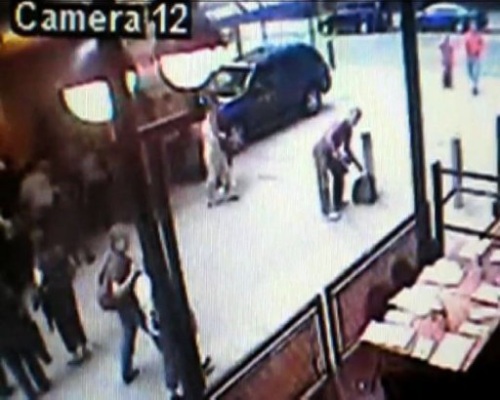 Officials in New York have started laying the groundwork for a gigantic influx of surveillance cameras in Manhattan. This is in response, of course, to the weekend’s attempted car bomb attack in Times Square. (Incidentally, I had walked through Times Square the Sunday morning after the situation trying to find Super Street Fighter IV and was shocked at all the cops walking around. I though they were filming a movie or something because I had no idea anything had happened the night before.) So if you’re not cool with being on camera all day long, you had better not visit Manhattan.

The city will now discuss bringing the video camera system that’s primarily in Lower Manhattan to the rest of the island, especially the Times Square area. The thinking is that terrorists now have Times Square in their sights, so we need to blanket the area with cameras.

Do you want to live in a world where there are cameras everywhere? If not, move to Las Pampas because these cameras are here to stay. I mean, if one camera was able to spot that guy, then how safe would a CITY OF CAMERAS be?

Agence France-Presse calls the new camera system an “unblinking eye,” which sounds just slightly intimidating, but these are the times we live in now.

Or, you can stay indoors and play games all day long.