In its highest quarter for domain sales since 2008, Sedo has sold close to 12,000 domain names via its online marketplace in Q1 2010, accounting for more than $23 million in transactions.

Based on numbers presented in its Q1 2010 Domain Market Study, this represents an 18.6 percent increase in the number of sales compared to Q4 2009 for the AdLink company.

Sedo attributes the jump in sales to the recovering economy and an increased marketing spend, particularly among larger corporations, in addition to the recent introduction of one and two-character domains and IDN domains that use non-Roman scripts. 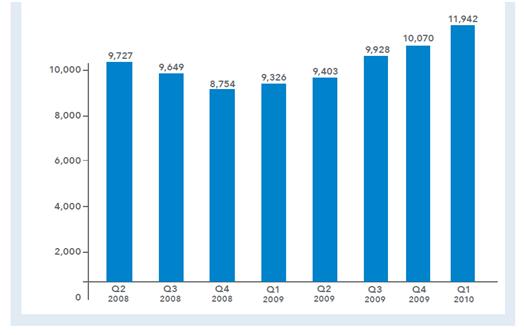 During the first quarter of this year, Sedo witnessed a surge in both generic and country code Top Level Domains. Some of the more high-profile sales include the one of Poker.org ($1 million), Credit.fr (€587,500) and Pilot.com ($300,000).

Unsurprisingly, the .com extension remained the most popular generic Top Level Domains, accounting for more than 42% of all sales on the Sedo marketplace and 76% of all gTLD sales. The average price of a .com domain was quite modest, particularly considering the total of $23 million in transaction recorded for the quarter: $2,373.

The .com TLD was followed by the .net, .info, .biz and .org extensions, respectively. 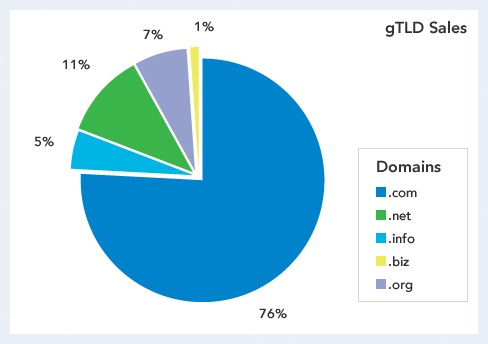