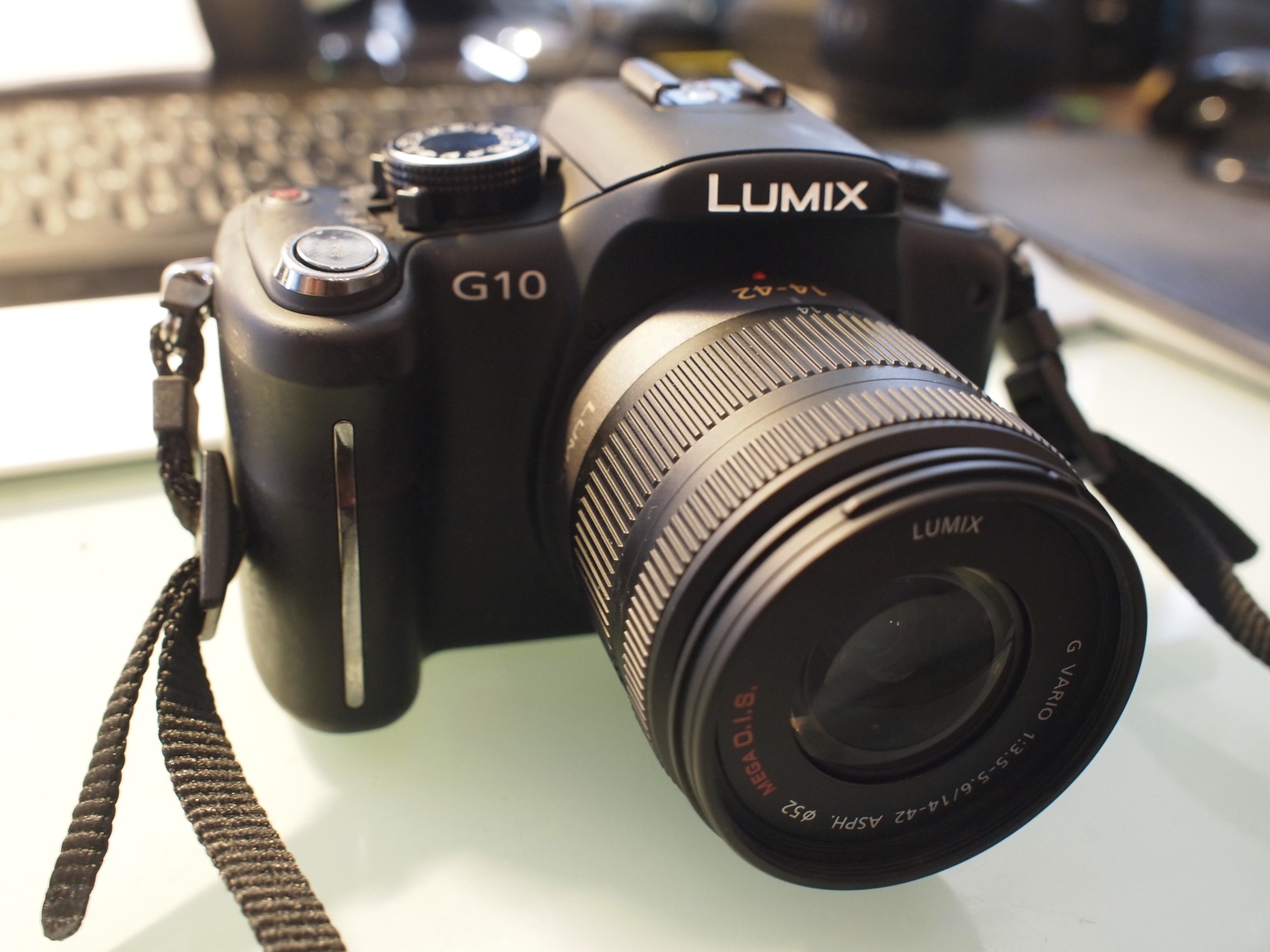 What is this thing?
The rise of micro four-thirds camera is probably biggest potential change in popular cameras since the rise of the point and shoot. Micro four thirds “system” cameras offer the best of both worlds – removable lenses for folks who like to play with focal lengths and primes and a simple interface and low price for entry level users.

The Lumix DMC-G10 is Panasonic’s latest addition to its G family of m4/3 cameras. It is, in short, Panasonic’s attempt at creating a strong competitor to Canon and Nikon’s entry-level DSLR line-up and at the same time attack the entry-level consumer who may be in the market for an ultrazoom point and shoot or, barring that, a standard pocket camera.

The Camera
The G10 looks like a standard DSLR. The lenses, while considerably smaller, can fall into the hefty range, especially when you look at the 45-200mm. However, the camera body is only 12 ounces and weighs in at 20 ounces with the kit lens included. This alone would make it a good, portable camera. However, the G10 is sized almost like a DSLR, so you lose much of the portability because of the large hand grip and body.

The camera has a 3-inch LCD on the pack and a “live” view finder which is actually a tiny LCD that mirrors the 12.1 megapixel Live MOS Sensor output. Both the LCD screen and viewfinder display all major camera readouts and on-screen prompts allow you to modify settings on the fly.

The camera has standard Program, Aperture Priority, Shutter Priority, and Manual Modes as well as portrait, landscape, action, macro, backlit, and scene mode. Scene modes include the old standbys like Night Portrait as well as Sunset, Party, Baby (two settings!), and Pet. It has 100-6400 ISO equivalency and a small pop-up flash.

The camera also takes 720p video and can autofocus during filming, allowing you to perform a few fun camera tricks while shooting.

The kit lens is a VARIO 14-42mm with image stabilization. It’s a nice, close shot and is a bit slower than I’d like in low light. There is also a hot-shoe for optional external flash.

In short, you’re getting the equivalent of a mini-DSLR: loads of features in a package considerably smaller than even most ultrazoon fans are used to.

The Quality
So how does it shoot? Since I’m not a prosumer by any means, I did enjoy the auto mode – essentially an automatic mode that takes most of the guesswork out of the shoots. However, I did feel that the camera is overly complex, especially for a new user. The myriad modes and functions do not appear to be well laid out and selecting a Scene mode – one of the popular crutches for beginning photographers – doesn’t bring up a Scene menu immediately. You instead need to hit the iA button to bring up the menu and even then it is unclear when this menu will appear. It took a few tries to get it to pop up.

As for the photos, I was pleased with the bit of shooting I did with this camera. It’s an impressive piece of equipment and with the right glass it takes nice shots.

The Good
The G10 takes great shots and video. I used it in multiple lighting situations over the past week and came away slightly annoyed by some blurring in the wrong light but most of my shots came out crisp and clear. At $599 with lens you’ll be hard-pressed to find a similarly outfitted camera with a removable lens.

There are some sample photos in sunlight there as well as a shot inside a dimly lit cigar bar. The video recording is also quite nice with good focus throughout. I’m going to put up some sample video shortly. 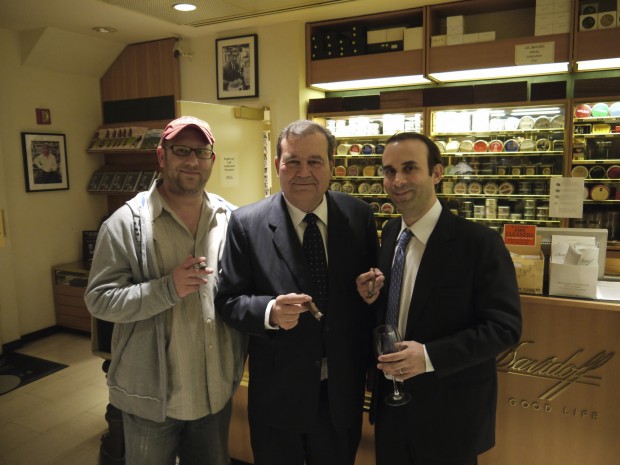 The Bad
The G10 is a bit big. If this is supposed to be a more portable camera for the photog on the go, the lens and body size definitely doesn’t help. I much prefer the size of the Olympus E-PL1 I reviewed, at least in terms of portability. You are just a hair smaller than a DSLR with this camera, and that could put some people off.

Whereas the E-PL1 feels like a good “second” camera, Panasonic is clearly aiming this one as a camera made to pre-empt the purchase of a DSLR. While this is a noble goal, I wonder how many experienced shooters will want another fairly lumpen camera in their mix.

Bottom Line
As a gadget reviewer people ask me all the time what kind of camera they should get. Barring obvious recommendations for folks who are not very tech savvy and just want something for the pocket or purse, I always recommend an entry-level DSLR like the Canon Rebel. I am slowly changing that recommendation to something in the m4/3s family. Although I personally prefer the size of the E-PL1, I would consider this a worthy adversary in the nascent micro 4/3s line-up.