Justin.tv is finally kicking its mobile plans into high gear. Next week, the lifecasting company will release its Android app to beta users. Unlike its iPhone app (released last month), the Android offering will finally let users stream live video with a simple click and simultaneously chat as they shoot. It’s a simple interface, an image of your shot, a chat bar below and three buttons on the right hand side: chat, record and share (see video above). The official version for public consumption is slated for May. 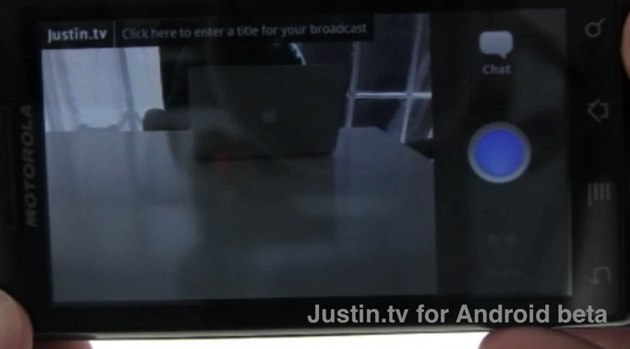 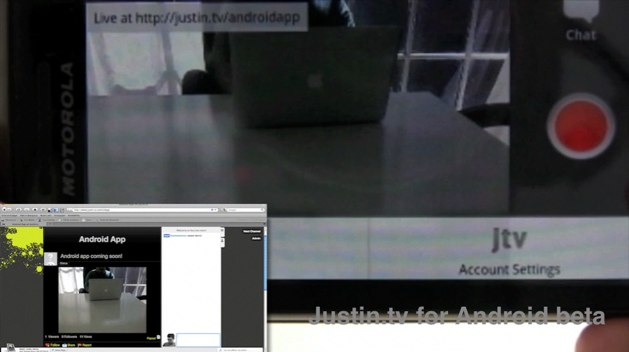 Justin.tv is relatively late to the mobile game— rival Android and iPhone products from Ustream and Qik have been out for months— but the team argues that taking time to refine the products will help them grab more market share later this year. That approach may seem strange given the company’s pioneer status in the market (founder Justin Kan kicked off the lifecasting trend with his personal channel back in 2007), but VP of marketing Evan Soloman says Justin.tv doesn’t put a high premium on being the first to adopt a new technology or platform, which is why it didn’t rush into creating apps for the Android or the iPad. The delays could give their competitors an early strategic advantage, but so far their game plan seems to be working OK— their one-month old iPhone app has enjoyed 1.5 million downloads to date.

That figure alone was a pleasant surprise, says Soloman, who was expecting a number closer to a quarter million. Here are some other key numbers, according to Justin.tv:

-On the first day of the app’s release, in late March, there was just a few hundred concurrent (simultaneous) viewers on average, this week, Justin.tv is averaging 2,000 concurrents on its mobile platform.
-It hit a high on Wednesday, when the number of concurrents briefly reached 10,000.
-Mobile views now make up about 5-10% of total views.

The company is finally picking up the pace on its mobile initiatives, but it’s unfortunate that the apps only offer a portion of Justin.tv’s features. As described, the iPhone app lets you view and search live channels but not broadcast (founder Justin Kan cites limitations on the API and poor workarounds), the Android app lets you broadcast but not view live channels. However, some of  these holes should be filled later this year, when it releases a new iPhone app in June based on the new SDK with broadcast and playback capabilities along with new plug-ins for social media sites like Facebook.

If Justin.tv can get all the pieces in place (and soon), mobile will quickly and dramatically shape usage patterns and become a significant traffic driver. Kan, who believes that the mobile platform could dominate 30 to 40% of the business next year, says ongoing improvements in wireless connectivity should also support the expected surge in mobile broadcasting.