This is an editorial and in no way represents the policies or opinions of the TechCrunch network.

As you’ve no doubt heard, Jason Chen’s house was raided by the local police, on a judge-signed warrant presumably brought about by charges filed by Apple. We’ve been discussing the case throughout the day — as non-lawyers but with that excellent visual acuity which hindsight is known for — and we have agreed that there are, in fact, some things we might have done differently in their position. Their reporting is their business, of course, and they have parleyed this story into enough traffic melt their servers, so I don’t mean this as a criticism of their coverage, but rather a few lessons we’ve learned from it that may prove valuable to anyone in a similar situation.

Again, I would like to emphasize that I am not a lawyer, and furthermore the boss, who possesses many lawyer-like qualities, has already weighed in. But in case you find yourself about to break a big story like this, to be forewarned of the dangers and protections awaiting you is to be forearmed, and with a little foresight your foyer won’t be littered with the splinters of your foredoor. That’s your front door, which the cops will break down if you’re not there to open it when they serve the warrant.

Remember: These aren’t guides to breaking the law. Gizmodo was not in the wrong when they reported the new iPhone. But it may transpire that through some lapse or another, they are not entitled to the protections designed to indemnify reporters in similar situations. 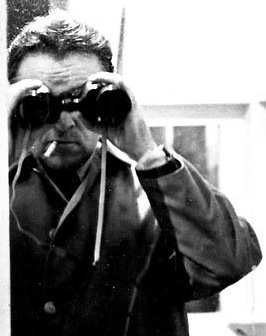 The legal status of an unreleased high-profile device like a new iPhone is nebulous. I’m guessing there are some precedents regarding trade secrets, but there’s no law against taking a picture of something cool you found at a bar. That’s how we found the Zune, after all. That said, you are legally bound to return any found object to its owner.

What’s more, as the finder, if you find yourself in possession of such goods or information as could be considered a trade secret or something else of importance and worth, it is probably best not to make this obvious unless you are sure of your ground. Knowing or stating its value is as much an admission of your knowledge as saying its name, by the way. But provided you are making a reasonable attempt to return the device, I see no reason why you couldn’t contact a friend who might be interested in the device. After all, if you found a valuable and interesting book and were waiting for its owner to call you back, wouldn’t you show your book-collecting friend? If it were to turn out to be a pre-release copy not for public consumption, well, no court on earth would convict you for not knowing that it was something you had no idea existed in the first place. If your friend, who may also be a journalist, finds it interesting and wants to take pictures, well, that’s his business as long as it doesn’t interfere with the lawful return of the item.

On the other side of the equation, if you are a journalist and have reason to suspect you may be onto something big, it would be well to protect yourself. It sounds hokey, but limit your vocabulary. If Chen’s emails are submitted in court, it may be shown that he and others at Gizmodo conspired to pay money for a stolen trade secret they recognized as such (objection! hearsay!). With a little cloak and dagger tactics, all that might be found was that Chen was visiting an acquaintance who had something cool to show him. You don’t have to say “the eagle has landed” or “the package is in the open” — but avoiding things like “I’m going to pick up that stolen iPhone prototype, who has the cash?” seems advisable. 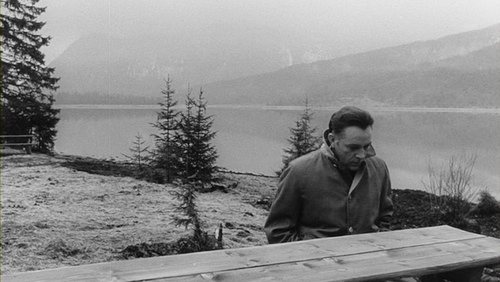 The protection afforded to journalists is really protection of sources. Even if the source may have committed crimes in furnishing you with that information, you cannot be forced to divulge anything. There are exceptions, however, for cases in which the reporter is himself implicated in the crime — to avoid journalist-criminal team-ups, I suppose. It remains to be seen which category the alleged iPhone theft falls under; that will surely be a point of contention in the upcoming legal action.

What might a journalist do in order to limit his liability here? Well, although we’re not quite at the level of Presidential misconduct here, this is about the highest profile tech leak I can think of, so think Deep Throat. You don’t need to have an elaborate system of signals like I had when I was deep undercover in East Germany, but ideally only you know who your source is, and taking steps to ensure that is important. Gizmodo on the other hand wanted to tell a story, so they told one. If it’s true, though, everything narrated there is one less thing the prosecution has to prove, and at any rate if what is narrated is a crime, then that’s complicity right there. What if they had just published the preview, the teardown, the features, without the story? Personally, I think it might have been nice to have kept much of the mystery. Apple would know what really happened, of course, but that doesn’t really matter.

With the benefit of hindsight (again, I want to stress that I’m not criticizing Gizmodo for the way they handled it but sharing what I feel I’ve learned from the last week), I would have published all the information without a second thought, but also without context. If our readers required more to convince them, we would simply have to keep our mouths shut until Apple proved us right in June. The context makes for good reading, sure, but will it also make for millions of dollars in damages? Gawker has lawyers; I’m sure they went into this thing fully aware of the risks. However, it’s my stated purpose in this post to suggest the safest path, not the one with the most pageviews, so I would advise against their approach.

Arrington has stated that we do not pay for stories. I know I have never done, since I have barely enough to keep me in coffee. But he also notes that this scruple is far from universal among even the best-respected news organizations. If the idea of paying for a story is abhorrent to you (as it must be for me), proceed with the following substitutions: for “source” put “unscrupulous blogger” and for “prototype iPhone” put “suitcase nuke.” In this way, you will find we are not talking about how to compensate a potentially shady but important source, but rather how to safely remove a dangerous item from the hands of one who is not qualified to own it (on account of being unscrupulous — for which reason he is also demanding you pay him for the privilege). Also, you’re planning to write an article about it.

Nick Denton publicly stated on the day the leak was published that Gawker had paid $5000 for the device; its return was also offered that same day. What the specifics of the deal were, I don’t know, and it doesn’t particularly matter. If the device is found to be stolen property, and that seems to be a distinct possibility, all that matters is that they knowingly paid money for stolen goods. It’s a crime, and a lawyer would argue quite a serious one, if he can convince the court of lost revenue or other damages directly resulting from the crime.

But what if there was no crime?

Sometimes the law must make way for justice, even if it doesn’t appear to be justice at the time. The ability to report something, anything, that one has seen or heard, is one of the rocks upon which our country is founded, and it is possible that laws may be broken along the way. At the risk of getting highfalutin on you, it does come down to a matter of free press and free expression. If people were prohibited from reporting something because it might cause a company to lose money — well, you can bet this country would look a lot different now. As for the question of bloggers as journalists: I think I might be a little biased, but I fail to see how a professional blogger of Jason Chen’s stature (or any of the others at Gizmodo or other prominent sites such as our own) could not be considered a journalist by an informed judge or jury. But to return to the topic at hand.

I feel like a crime-lord, meditating on these dark matters, but sometimes one must think like a criminal in order to stay within the law. The precautions I’ve suggested above apply as always: be discreet, protect your source. And now, avoid committing a crime yourself. In this case, the crime was (allegedly) buying stolen property. But it’s not illegal to see stolen property, especially if you don’t know it’s stolen. You can’t be told if you don’t ask, by the way. And a consultant, who has found something interesting for you to look at (for an hour or a day, who’s keeping track?), not necessarily related to the controversial story, might be compensated in cash for expenses. I’m sure you see what I’m getting at here. Though I should make clear again that this is purely a thought exercise and in no way represents the policies of this website.

In this fashion, the information is reported, the source is obscured, and the property is returned in short order to its rightful owner. Everybody wins! Except Apple. Luckily, there’s an app for that.

So there you have it. In a nutshell, the lesson to be learned here is: don’t appear to know more than you should know, don’t reveal your source even indirectly, and avoid committing a crime in your reporting, even if that means using a quasi-legal smokescreen like an anonymous consultant. If these sorts of tactics make you uncomfortable, it’d be better to stay out of the shady-reporting business altogether. That’s my plan.

One last point: I wouldn’t take legal advice from gadget bloggers, if I were you.