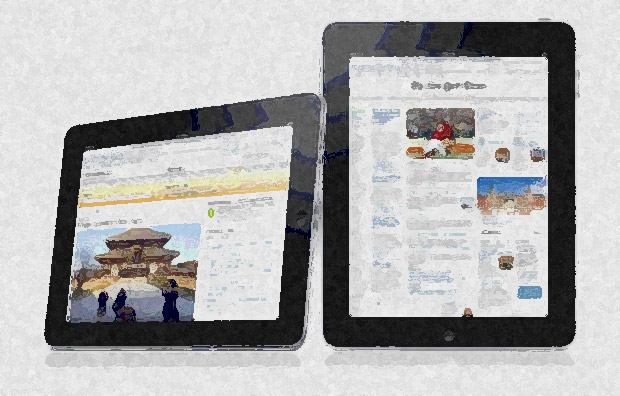 Pretty sure China plays by its own rules when it comes to pirated versus non-piated goods, but this story’s still worth a chuckle. Ever since Apple said that it would delay international launches of the iPad in order to placate U.S. demand— the magical and revolutionary device is flying off the shelves, it seems—Chinese manufacturers have flooded their internal market with iPad knockoff after iPad knockoff. They’re slightly less expensive than the real thing, but the important part is that they’re available right now. Not bona fide, but bona found. I love how that makes no sense whatsoever.

The deal is that Reuters’ man on the street found a particular iPad knockoff in Shenzhen, the fast-growing city right across the way from Hong Kong. The novelty of finding pirated goods there is pretty much non-existent—the report even mentions the availability of pirated versions of Windows 7 on sale for $2 (yes, that’s two dollars)!

The iPad knockoff in question looks close enough to the real thing to fool you for a second, until you turn it on, of course. There’s no Mac OS X derivative here, but instead a version of Windows. Presumably that means you can do whatever you’d be able to do with a standard-issue Windows PC.

The questions becomes: pay around $400 for the phony iPad today, or wait till Apple releases it in your neck of the woods, or buy an import version at an expected mark-up.