Another healthy quarter for Microsoft, which saw a 34.5 percent boost in net income to $4 billion, on top of a more modest 6 percent increase in quarterly revenues to $14.5 billion. (See full slides below). The return to growth was driven largely by sales of Windows 7, which were up 28 percent to $4.4 billion. (Windows Live is included in that, but it doesn’t yet produce much revenue, although Microsoft is about to update the products in Windows Live such as Hotmail and Messenger to make them more social).

Say what you want about Windows, it is still an amazing profit machine.

Some other stats from the quarter: 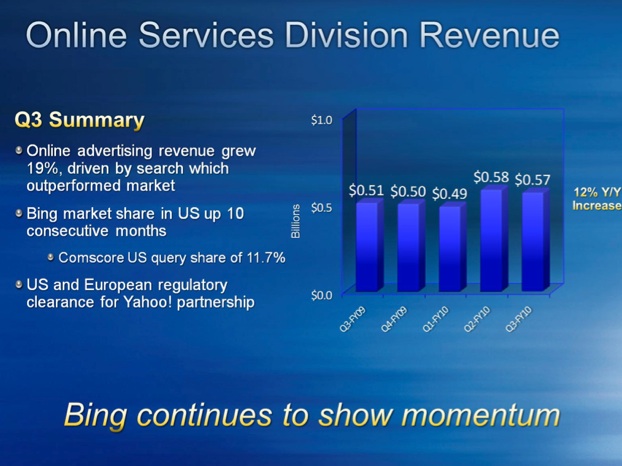