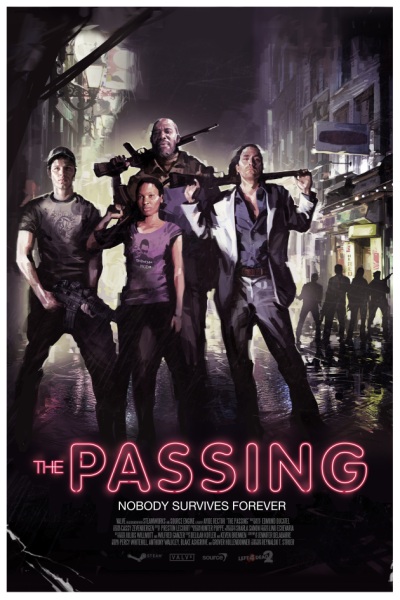 There’s pretty much no need to write this next story, especially if you’re a fan, but… Valve, darling developers that they are, have released the very first DLC for Left 4 Dead 2, The Passing. I was supposed to mention this fact this morning, forgot about it, then logged into Steam to see something downloading. “What the heck is downloading? I don’t remember authorizing this? Oh, it’s the L4D2 DLC. Wasn’t I supposed to write about that?” As you can see, I live a very exciting life.

The DLC, which is free for PC users—Xbox 360 users have to pay 560 Microsoft Points (around $7.00)—adds the original Left 4 Dead cast to the game, along with three new maps, a couple new weapons, a new zombie type, and Achievement Points.

The PC version play-along is wrapping up as I type this, so yeah, oops.

But man, what’s the deal with Xbox 360 owners having to pay for the DLC while PC gamers don’t have to? Presumably it’s some sort of 360 licensing thing. Still, lame.