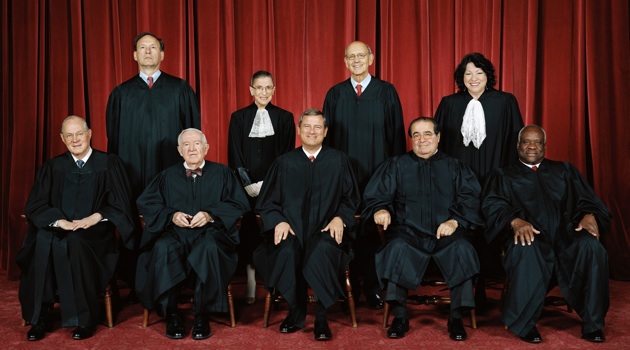 So this is either great or dumb, and I’ll leave it to you to make up your own mind. The Supreme Court is currently hearing a sexting case, in which police officers have sued their sergeant for reading sexually explicit messages that were supposed to be privately read amongst themselves. The question is, did the sergeant violate the officers’ privacy by reading the messages?

It got weird when the Chief Justice of the Supreme Court asked what’s the difference between a text message and pager.

Now, there’s two schools of thought here. One is to say, “Oh My God! These old people have no idea what they’re talking about, they shouldn’t even be sitting on the bench!” And if they truly don’t know the difference between a text message and a pager, or anything along those lines, then we’re pretty much doomed. Is it too much to ask to have the country’s highest court to understand the everything things people have to deal with?

The other is that the justices do, in fact, know the difference in a practical sense, but are asking simply to make sure they’re on solid legal footing.

I’ll only address the first point because it’s the most pertinent here. For all the work of people like the Electronic Frontier Foundation trying to educate the public on law and technology, it’s a complete waste of time if the judges on the bench don’t know the difference between iPod and iPad, between uploading and downloading, between Internet Protocol and Intellectual Property.

I actually had a conversation with an EFF lawyer back during CES, and he pretty much said just that: you could walk into a courtroom with a rock-solid case, but if the judge doesn’t understand the technological details of your argument you might as well be speaking Aramaic.

We’re probably a few years away from having people who grew up with technology (as we know it today) sitting on the bench. And even that doesn’t solve the problem: I should hope that when I’m 50 years old I don’t understand a damn thing what the kids are doing technologically. I’ll be all, “I remember when the iPhone was leaked…” and some punk kid will be all, “What’s a phone?”

Technology will always outpace law. What are you gonna do?