eBay squeezed past the Street’s expectations, reporting first quarter profits of 42 cents a share (or $554.2 million) on revenues of $2.2 billion, analysts were looking for profits of 41 cents a share. Revenues gained 9% from the year ago, thanks to a jump in sales in the Payments and the Marketplace businesses. Gross margins dropped slightly to 30.6% in the period, down from 30.7%, driven by growth in PayPal (a relatively lower-margin business). “We are improving the fundamentals of our business, strengthening eBay Marketplaces and aggressively growing PayPal to become the leader in global online payments,” CEO John Donahoe said in the press release.

The company’s Payments division continues to be eBay’s growth driver, achieving a record first quarter as PayPal gained increased traction on eBay. Some key numbers: overall payment volume rose 35% to $21.3 billion, sales advanced 26% to $809.3 million. In the release, eBay said it remains “focused on consumer and merchant adoption on and off eBay, expansion of PayPal’s open platform initiative and the ongoing integration of Bill Me Later.” On the Payments end, there were several news events during the quarter (including a major deal with China UnionPay), especially its progress on the mobile front. The company’s Send Money app was downloaded more than a million times in its first three weeks and PayPal X (a platform developers can use to process mobile transactions with PayPal) has already recorded $30 million in payment volume.

Highlights From The Conference Call:

– Mobile is driving significant e-commerce and payments volume.
– Approximately 8 million merchants accept PayPay, 84 million active or registered accounts
– Nearly 60% of PayPal’s TPV comes from merchant services
– eBay’s Sold items in US, UK accelerated for the fourth consecutive quarter
– Still trying to position eBay as a fashion destination
– eBay’s mobile app has been downloaded 8.5 million times
– Marketplace turnaround is “on track”
– Maintaining full-year guidance
– 40% of PayPal’s TPV (total payments volume) was generated outside the US, versus 35% for the year ago period
– 60% of Marketplaces’ revenues were generated outside of the US, versus 54% for the year ago period.
– Expects PayPal’s global take rate to come down more during the course of the year.
– Ongoing weakness in Western Europe.
– On Asia, visiting China: “Man, there’s just really, really impressive growth.”
– In addition to the China UnionPay deal, eBay has signed deals w. Singapore, South Africa, and Japanese payment gateways.
– PayPal will grow faster than expected and margins will be higher this year, increasingly confidence in marketplace changes. That will be somewhat offset by currency and tax rate issues.
-Still expects margins in marketplace business to be 42% for the rest of the year. 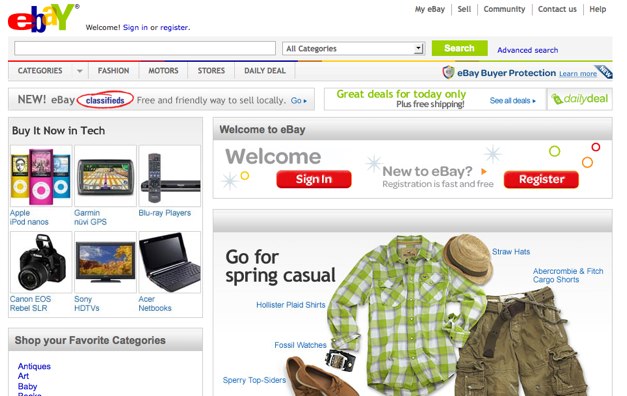