HP announced their latest desktop systems today, including a new consumer level all-in-one system, and a new business desktop. They also released the latest specs on their TouchSmart line, which will now be available with the Intel Core i3 and i5 CPUs. All of HP’s new systems are made without BFR/PVC products in the plastic, and the All-in-One is the first desktop to be made this way. 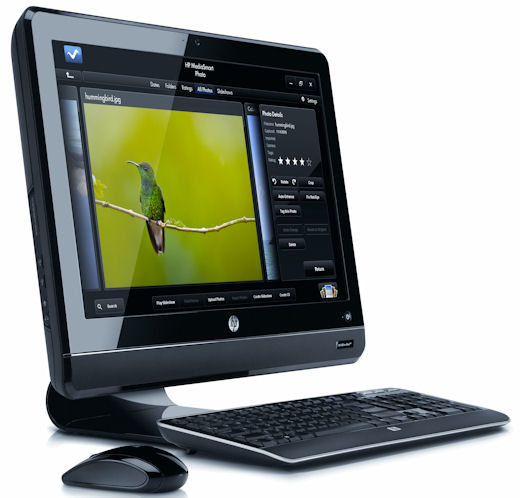 The new HP Pavilion All-in-One 200 consumer desktop features a compact design with wires. The base unit comes with a 21.5 inch LED monitor, an Intel E5400 CPU, 4GB of ram, and a 500GB hard drive. HP really intends this system to be a less expensive version of the TouchSmart, bringing the “computer as an appliance” functionality without the touch screen. The All-in-One is available now, with the MSRP starting at $699. 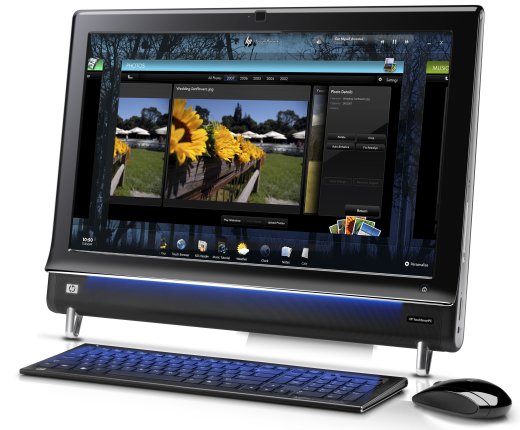 HP also updated the TouchSmart line. It’s now available with either a Core i3 or Core i5 processor, 4GB of ram, and a 1TB hard drive. It still features that custom touch screen interface, but the new CPU should eliminate the lag that we saw before. HP also worked with Dr. Dre to improve the sound quality by adding Beats Audio to the TouchSmart 600. HP brought in Corel to create a new touch screen specific version of Paint It Studio for graphic editing. The TouchSmart 300 is currently available on HP’s website for $799, the TouchSmart 600 (with the Core i3 and i5 processors and the Beats Audio) will be available on April 28th with an MSRP starting at $1099. 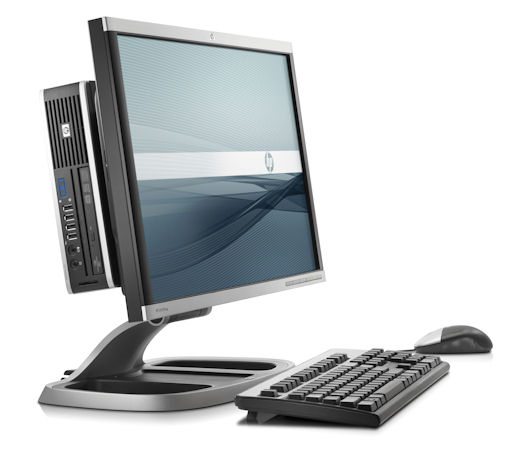 Finally, HP announced the Compaq 6005 Pro series, their latest business desktop machine. The new line features AMD processors, ATI Radeon 4200 graphics, and is customizable based on customer need. The 6005 machines also use a highly efficient power supply, and are produced without the use of BFR or PVC chemicals. The Compaq 6005 Pro Ultra Slim starts at $599, and should be available on April 26th from HP.