Twitter’s Fail Whale is a thing of legend at this point. The beast, which appeared so often in years past, now rarely comes out of the water. But today, for a brief moment, the creature reappeared. And behold: he’s prettier than ever!

It looks like at some point last year (hence the out-of-date 2009 copyright at the bottom), Twitter tried to give the Fail Whale error page a bit of a design overhaul (as it did to much of the rest of its site). While the whale itself is the same, the font and styling of the error page has been revamped, as you can see. This is certainly better than the other revamp. And better than ice cream cone man.

But alas, this more elegant whale was not to be. A reload returns my old trusted Fail Whale. I’ve missed you, friend. 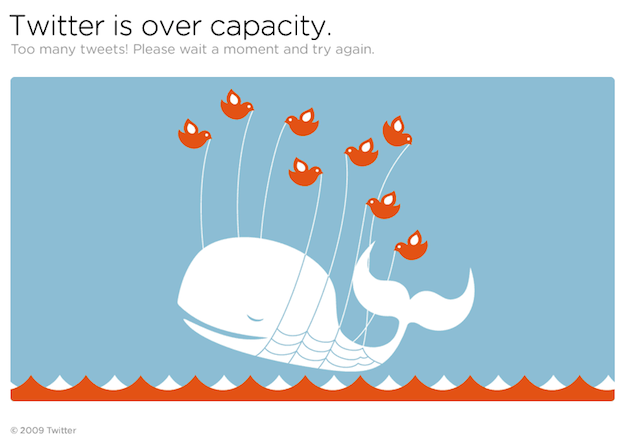 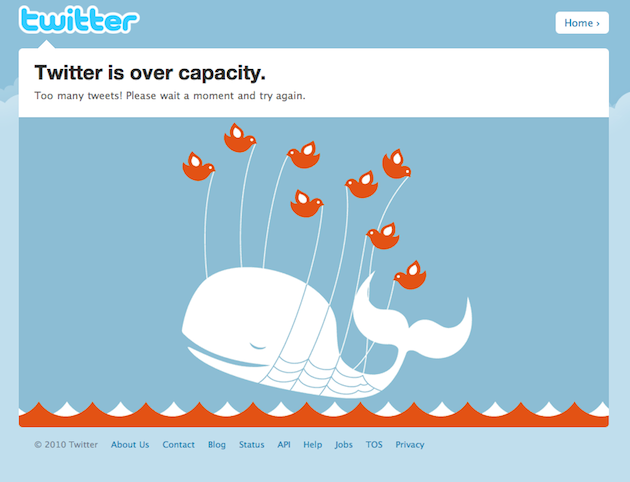 Update: Our developer Andy has another theory on the new Fail Whale: “the two different pages, I believe, are from two different types of response codes. a 503 used to return just the black text, the traditional fail whale was (I think) tied to a 408.”