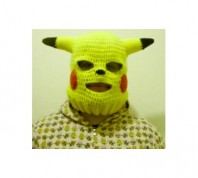 Sales of Nintendo’s DS games are dropping in Europe, and according to Nintendo there’s clear reason why: piracy. With the release of software like R4, it appears that more and more owners of the portable systems are turning to less then reputable sources for their games.

Nintendo stated that they monitored 10 sites where users can download the files necessary to play their games, and tracked a total of 11 billion dollars worth of lost sales. The piracy epidemic is also spreading to the US and Japan, albeit slower then in Europe. Sales in the US have dropped 11 percent, but that could be blamed on the economy rather then piracy. Nintendo has stated that the release of the new 3DS will make it even more difficult for people pirating their games, but as we all know it’ll be just a matter of time.