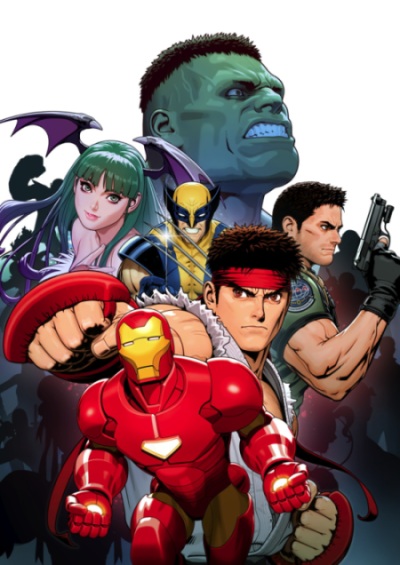 There’s a couple things going on today. One, of course, it’s some sort of smokers’ holiday—they’re celebrating on Ron and Fez on Sirius XM right now and I’m giggling like a fool. Two, Barcelona plays Inter in the Champions League. And, last but not least, Capcom officially revealed Marvel vs. Capcom 3. Raise your hand if you wasted a number of hours trying to pull off 100-hit combos in Marvel vs. Capcom 2 for the DreamCast!

The official teaser trailer doesn’t reveal a whole heck of a lot. It looks to be the same engine as Street Fighter IV—that’s a Good Thing.

Characters I spy include Ryu, Wolverine, the Hulk, Chris Redfield, and Morrigan.