The recent chatter about a possible FourHoo / YaSquare deal notwithstanding, there’s another nagging question these days:  is foursquare a fun diversion, or could it deeply impact users? How will being Mayor of TechCrunch impact deals local merchants offer me? Or how I talk to friends? Will the marriage of mobile and social Web truly affect where I go, what I buy, who I know, and, uh, everything?  Or are we actually moving towards services that embrace randomness, strangers, and the general weirdness of the Internet, after a sunny stay in Facebook-powered friendland? Is the future a walk through a socialized world of augmented reality, or a stranger-fest a-la ChatRoulette? And who’s going to make money off of all this? We will explore these questions at Disrupt, our media and technology conference May 24-26 in NYC.

Disrupt’s speakers include foursquare CEO Dennis Crowley and other innovators disrupting behaviors and getting venture investors excited. (And I’d be lying if I said the purpose of this post weren’t to convince you to buy tickets, this very minute, right here. Early-bird discount runs to April 30.) Also on hand at Disrupt will be Gowalla CEO Josh Williams, whose service  fits the trend ignited by that Harvard undergrad in 2004: to see the Web not as a formless mass of strangers but rather as a comfy room of people with things in common. To connect people based on interests (and location), to build loyalty and relationships.

Fair enough. But one could also be a contrarian and argue that the random Web is making a comeback. Exhibit #1: ChatRoulette’s absurdity-powered popularity, the responsibility-free voyeurism users just can’t turn away from. Teenage founder Andrey Ternovskiy says he has plans to add social features. Oh, really? Isn’t the point that I’m not friends with any of these people? Ternovskiy –you guessed it! –will be speaking at Disrupt.

We’ve invited Ternovskiy not only to discuss ChatRoulette’s anonymous thrills, however. We’re more interested in the future of online audiences, and what technologists will do with the huge traffic they’ve created. That’s why we’re also happy to announce angel funder and DailyBooth CEO Brian Pokorny is speaking at Disrupt. DailyBooth, along with Twitter, was a platform and catalyst for the U.N.’s recent anti-malaria campaign. Users wrote “end malaria” on hands and arms and friends picked it up and did the same. DailyBooth represents a middle ground between the two poles discussed above: the friend-Web and weirdo-Web. You may “follow” the photo streams of plenty of “friends,” but they may be friends about whom you know little. As with Twitter, the relationship is as low-commitment as one would like. So, how will Pokorny and investors make money off these anti-malarial warriors–and can they work with premium-content folks and brands that call Madison Avenue home? Find out at Disrupt.

Frank Quattrone is also speaking at Disrupt. It seems there isn’t an influential tech company whom Quattrone hasn’t advised, taken public, or both, including Apple, Google, Amazon.com, Cisco, and others. We’re looking forward to hearing his thoughts on what’s going on now. See downpage for more details on him.

We are grateful to Disrupt’s sponsors, who enable us to make it happen. Yahoo is a partner. Zoosk is hosting a party, a live match-making event for VCs and attending startups, during Disrupt on Tuesday night. SecondMarket will be providing secondary-market info and hosting a voting app for our audience using virtual company stock.

We’re happy to count Inuit, SCVNGR, and theladders.com as product sponsors. SCVNGR is making Disrupt more fun with a mobile game for our Startup Alley that will have you playing your way through the conference. (Are you a young startup looking for visibility? More info on exhibiting in Startup Alley is here.)  Mojiva, DeHood, TweetShare and Zong are exhibit sponsors. And there’s more TBD. 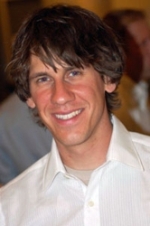 Dennis Crowley is a co-founder of Foursquare, a location-based social networking service. Previously, he co-founded Dodgeball, a network of the same nature which sold to Google in 2005. He has been named one of the “Top 35 Innovators Under 35” by MIT’s Technology Review magazine (2005) and has won the “Fast Money” bonus round on the TV game show Family Feud (2009). His work has appeared in The New York Times, The Wall Street Journal, Wired, Time Magazine, Newsweek, MTV, Slashdot and NBC. He is currently an Adjunct Professor at NYU’s Interactive Telecommunications Program. 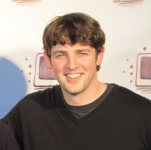 In March 2010 Brian Pokorny became the CEO of Dailybooth. Brian Pokorny was previously a general partner at SV Angel, where he focused on consumer-Internet investments including within social media, mobile, and real-time data companies. Brian is an angel investor in Twitter, OMGPOP, Square, Tweetdeck, Dailybooth, Bump, Blippy, Milo, Posterous, Chomp and has advisory positions with Ooyala, Spotzer, Stitcher, and Rupture. Prior to SV Angel, he was a founding team member and partner at Baseline Ventures, a leading seed-stage investment firm, and earlier spent 3.5 years at Google within various positions. (Extended bio on CrunchBase.) 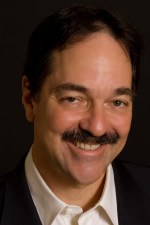 Frank is a founding member and CEO of Qatalyst.  Frank has advised technology companies since 1981, and successfully built and led global technology banking franchises for Morgan Stanley, Deutsche Bank and Credit Suisse.  Over the past three decades, Frank and the teams he has led have advised on more than 400 mergers and acquisitions with an aggregate transaction value over $500 billion and on more than 350 financings that raised over $65 billion for technology companies worldwide. Frank led the IPOs of Amazon.com, Cisco, Intuit, Linear, Netscape, ST Microelectronics, Synopsys, SynOptics and Xilinx, among many others. He advised Apple on its $400 million acquisition of Next (which resulted in Steve Jobs’ return to Apple); Ascend on its $3.7B acquisition of Cascade and its $24 B sale to Lucent; Brocade on restructuring and completing its $2.6B acquisition of Foundry;  Data Domain on its $2.4B acquisition by EMC; Google on creating an alternative to Microsoft’s $45B hostile takeover of Yahoo!, among many other transactions.

Andrey Ternovskiy is a Russian teen and student who founded and built Chatroulette!, a video chat with random (site-chosen) users, originally for him and his friends to meet new chat buddies. The micro-social site has attracted a range of attention, notably from musician Ben Folds, who improvised a musical line-up based on the ChatRoulette users that appeared on his screen during a concert in March 2010. 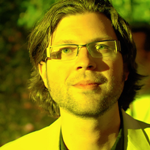 A visual designer by trade, Josh Williams is co-founder and CEO of Gowalla, a popular location-based mobile application that aims to  inspire people globally to express themselves and communicate about the everyday places and the extraordinary settings they enjoy. Prior to Gowalla, he was Principal at Firewheel Design, a boutique user-interface consultancy, where his clients included Microsoft, Samsung, Hewlett Packard, Thompson Reuters and Causes. Josh lives in Austin, Texas with his wife and two daughters. Josh is also the CEO and Co-founder of Alamofire, the creators of  Gowalla. Prior to Alamofire, Josh was the founder and CEO of Blinksale, which has since been acquired by Doublewide Labs.