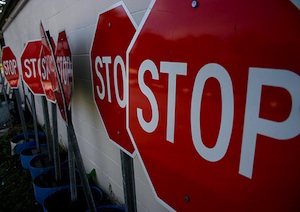 This morning, on their main blog, Google posted a little reminder to everyone about its view on censorship on the web. Specifically, they don’t like it. And while we all know their take on China’s demand for censorship by now, the search giant also offered up a new interesting little factoid: of the 100 countries around the world in which Google offers their services, some 25 at least partially block them.

“We see these attempts at control in many ways. China is the most polarizing example, but it is not the only one. Google products — from search and Blogger to YouTube and Google Docs — have been blocked in 25 of the 100 countries where we offer our services,” Google writes. They also link to a list from the Open Net Initiative which shows countries around the world known to censor some web content. All told, there are some 40 countries today that censor the web in some way, according to this data. This is up from just four countries in 2002, according to Google.

This is all interesting, but it would be much more effective if Google would specifically name names of the countries doing the full or partial blocking of its services, as they have so vocally done with China. To be clear, they’re not talking about examples of censorship such as child pornography or pro-Nazi material in Germany and France, which Google believes is justifiable censorship. “While everyone agrees that there are limits to what information should be available online — for example child pornography — many of the new government restrictions we are seeing today not only strike at the heart of an open Internet but also violate Article 19 of the Universal Declaration of Human Rights,” Google writes.

One other country Google does name as being repressive is Vietnam. “Specifically, we don’t want to engage in political censorship. This is especially true in countries like China and Vietnam that do not have democratic processes through which citizens can challenge censorship mandates. We carefully evaluate whether or not to establish a physical presence in countries where political censorship is likely to happen.” Earlier this month, Google noted that online free speech in Vietnam was under similar cyberattacks to the ones in China.

So which are the 23 other countries restricting access, Google? If you’re going to take a stance, don’t pussyfoot around it. 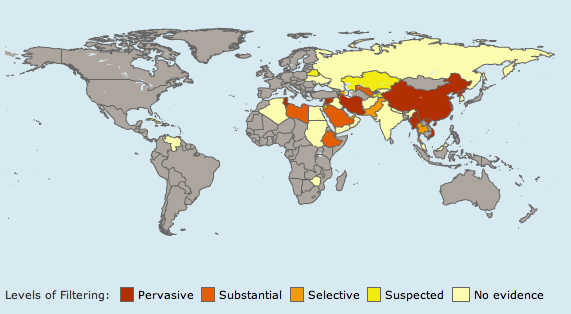