Having reviewed several laptops in the last year, there is one thing that I have learned I can always count on: the trackpad on PC laptops is going to be a disaster. Every time. At least, a relative disaster, when you consider the quality of the trackpad that comes with every MacBook and MacBook Pro.

Now, this isn’t the venue for discussing the other relative merits of Macs and PCs — cost, OS, Apple Tax, and so on. This is strictly about the trackpad. I raised a similar question when I asked how Apple has had the best touchscreen on the market for three years running, despite years of R&D by their competitors. It’s the same with trackpads. Why don’t laptop makers seem to get it? 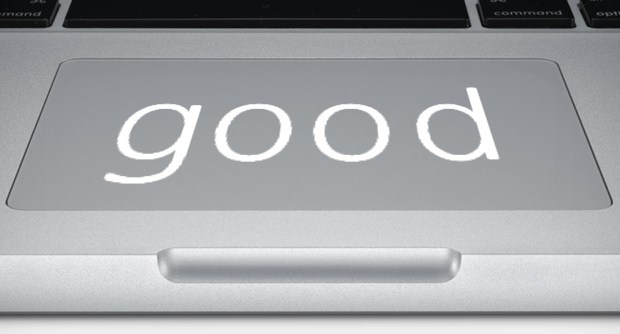 It seems obvious. The trackpad is, after the keyboard, the object you interact with the most on any laptop. Wouldn’t laptop makers want this object to be largest, most responsive, most versatile thing they can make it? Yet on every PC laptop I review or test out, the trackpad is small, poorly placed, unresponsive, or all three. And the buttons, which should easy and satisfying to click, are often stubborn, squishy, or small. What the hell are they thinking? 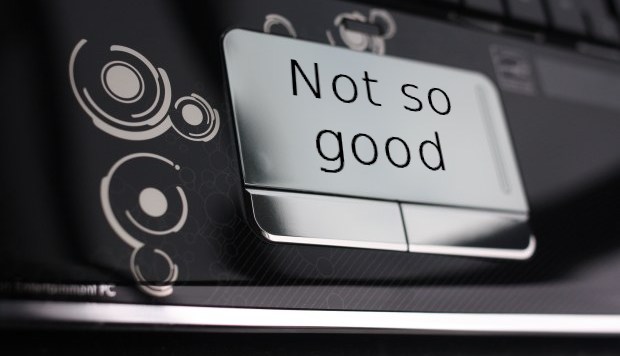 I bet Apple’s trackpads cost a bundle. They’re luxury trackpads, with lots of capacitive fibers in them, a complicated interpolation algorithm, and they’re really big to boot. I’m guessing they cost at least twice as much, perhaps more, than the usual bulk trackpads one finds installed in something like a mid-range Dell or HP laptop. But the return on Apple’s investment in an expensive component is that everyone who touches an Apple trackpad falls in love with it immediately.

Personally, I can’t stand using a mouse in OS X because the trackpad is too good to give up. Conversely, for PC laptops, I keep the driverless SteelSeries Xai around so that I won’t have to use their rubbish trackpads any more than I have to. It’s basically a deal-breaker: I would never buy a PC laptop for any serious use, and I suspect it’s one of the major reasons why Apple has such a high retention rate when it comes to laptops, despite their high price. A lot of people say they prefer to use a mouse with their laptop — yeah, and you prefer to use an external hard drive, too, because what the laptop provides is inadequate. If Dells had a giant, beautiful, fun-to-use trackpad, I suspect many would change their minds about laptop mousing.

Sure, with a little netbook you can’t expect it. But the question is not a netbook question (though to be fair, the reviews linked above are in the low-mid range). This is on otherwise-excellent laptops costing $1000-$2000 that we are finding tiny, low-quality trackpads. There are exceptions here and there, but a huge majority of the laptops out there are, in my opinion, shorting the buyer. When someone is buying a laptop that they are going to use as a primary computer, the savvy laptop-maker would do well to assure the consumer that the laptop is of the highest quality, and not cobbled together from whatever parts fit the bill. The trackpad is the first thing that most consumers will touch, and if they fall in love with one, their budget suddenly expands to allow that love to be requited.

Furthermore, with PC laptops sharing so many components, you’d think Lenovo, Acer, HP, and everyone else would be itching for a chance to set themselves apart, and not just via a fingerprint sensor or custom shell. “We have the biggest and most responsive trackpad in the industry.” Doesn’t that attract you more than “Case designed by Vivenne Tam“?

So come on, laptop makers, nut up and throw down for for some high quality hardware — and watch your brand improve. Until multi-touch eclipses trackpads and mice as the primary input for portable computing (some ways off, I suspect), you guys should be dedicating yourself to provide the best possible experience for your users. The trackpad is one of the most important parts of the laptop experience, and you’re all blowing it.