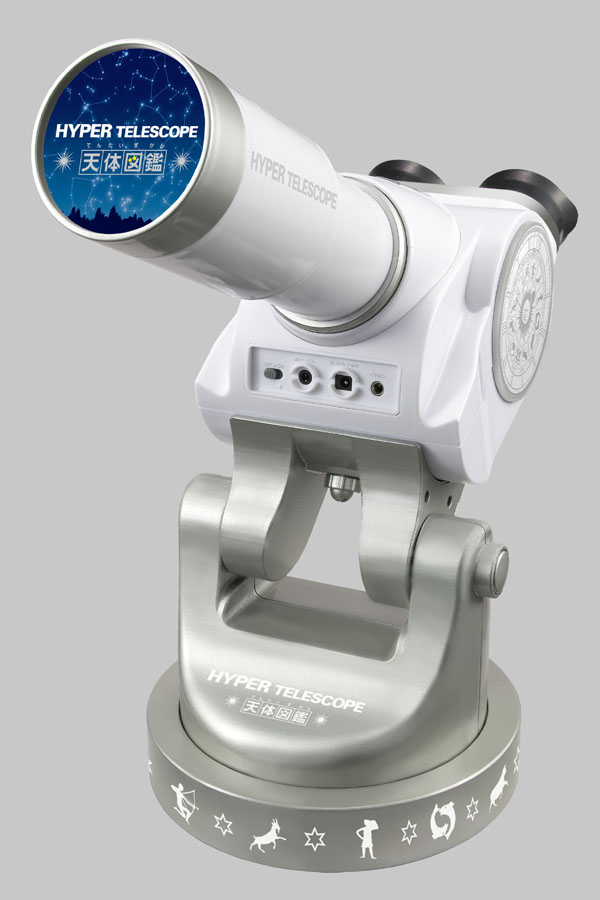 Major toymaker Bandai yesterday announced the Hyper Telescope [JP], which is being marketed as a “science toy” for kids. It’s the ideal gadget if you want your kid to become an astronomer, as it allows users to observe the sky and view relevant information on connected displays or within the device itself. All that needs to be done is to specify one’s location on earth and the current time.

Users can then move the telescope around, pointing it to a spot on the star map they want to know more about. The LCD within the device, which features three joints and an accelerometer, will then display the corresponding information on a “virtual” star map (see below for an example). Others can view what is being displayed if the telescope is connected to a TV, for example.

Bandai has built 20 background melodies and data (stats, pictures, etc.) on about 300 stars and similar objects into the Hyper Telescope. Over a thousand of those objects can be identified. 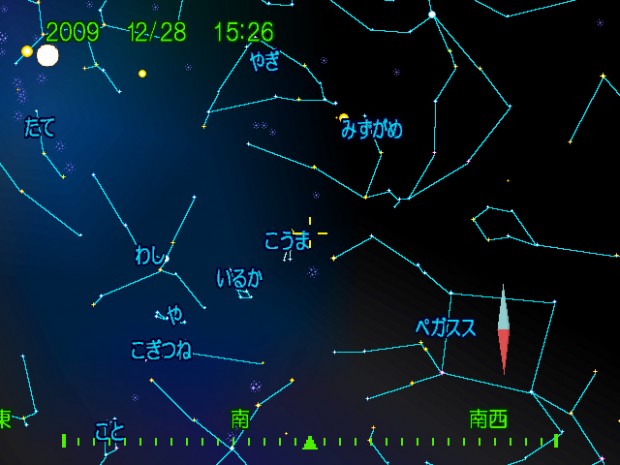 Bandai’s Hyper Telescope weighs 600g, is battery-powered and will carry a price tag of $200 when it will arrive in Japanese stores on May 29. It’s hasn’t been announced for other markets but could find its way outside Japan soon, too.