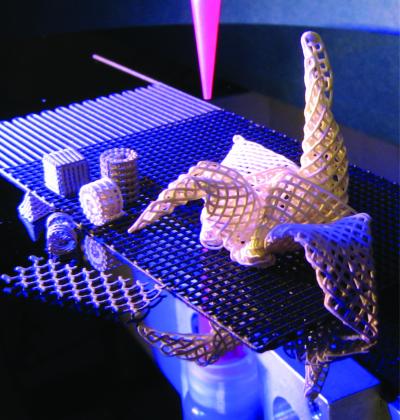 I think by now we’re all fairly familiar with Shapeways and their 3D printing system. Incidentally, you can now select glass for some 3D models at Shapeways, which is pretty cool. But the additive printing process employed by Shapeways and similar outfits (fabrication, rapid prototyping, etc) has some inherent limitations in the designs that can be printed. Researches at the University of Illinois have announced some advances in this field using folding techniques similar to origami!

The marriage of printing and origami techniques allows for greater structural complexity – such as the crane’s overhanging wings, a feature not producible by direct printing methods alone. In addition, Lewis’ team can print sheets with a variety of patterns, adding yet another level of architectural detail.