Most entrepreneurs take it for granted these days that the best way to run a startup is lean and mean. It is a badge of honor to be able to take a startup as far as you can with as little capital as possible. But is that always the best strategy? At our upcoming Disrupt conference in New York City (May-24-26, buy tickets here), VCs Ben Horowitz and Fred Wilson will debate both sides of the coin. Actually, they will be continuing onstage what they’ve already started on their blogs. 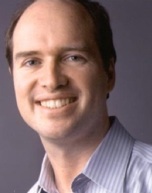 Horowitz sparked the debate when he wrote The Case For The Fat Startup. Reflecting on his experience as CEO of Loudcloud/Opsware (which he founded with Marc Andreessen and sold to HP for $1.6 billion, but only after raising $346 million and ditching its first business), Horowitz argues:

There are only two priorities for a start-up: Winning the market and not running out of cash. Running lean is not an end.

Fred Wilson of Union Square Ventures responded with his own post, Being Fat Is Not Healthy. Wilson cautioned that in his experience investing in more than 100 startups (including recently Twitter, Zynga, Etsy, and Foursquare) it is better to build the product first, and get the boatloads of cash later (if you need it). He responds: 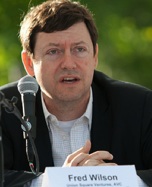 I have never, not once, been successful with an investment in a company that raised a boatload of money before it found traction and product market fit with its primary product

Horowitz, of course, offered a rebuttal. (By the way, at Andreesen Horowitz his biggest investment in Skype). It was getting heated, so we invited them to work it out at Disrupt. Actually, Om Malik gave me the idea for the debate (thanks, Om). He will also be joining us as a speaker, along with Steve Case, Ron Conway, Jack Dorsey, and Charlie Rose. And of course, there will also be a startup competition. (Find out how to become a sponsor or exhibitor).