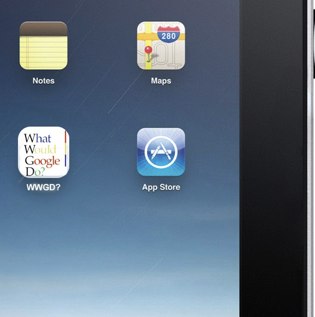 This post was written by 21 year old Cody Brown, the founder of kommons and NYU Local.

So much has been said in the past few weeks about how the iPad will change the book industry but in almost all of the tweets, posts, and articles I’ve come across a simple questions seems to be completely dropped. Why do we have books in the first place?

Paul Carr of TechCrunch published a post this morning that raised this question inadvertently. His argument went something like this:

A.) The iPad is a better buy then the Kindle because it lets you do more than just read books.

B.) Books can’t compete with other applications on the iPad. Partly because the screen is too bright but mostly because you will get distracted by games like Flight Control.

Carr, in some senses, is right. Reading has changed. What’s not addressed is why this is a bad thing. Carr’s argument is rooted in a distinction between serious readers and non-serious readers. His example involves someone reading only a few paragraphs of a nytimes article, then posting it on Twitter. Carr defines this reading as, “reading in the way that rubbing against women on the subway is sex.”

His example is vivid but also flat out perverse. Carr is confusing length with quality, and more profoundly, he’s confusing the ends with the means.

The mission of an author isn’t to get you to ‘read all the words’, it’s to communicate in the rawest sense of the word. Whether you’re Jeff Jarvis or Dan Brown, you have an idea or a story and a book is a way to express it to the world.

It’s not a problem that the experience of reading a book ‘cover to cover’ on an iPad isn’t that great as long as there are better ways to communicate on the device. On the iPad there are. What’s challenging for authors at this point is the iPad enables so many different types of expression that it’s literally overwhelming. Once you start thinking of your book as an app you run into all kinds of bizarre questions. Like, do I need to have all of my book accessible at any given time? Why not make it like a game so that in order to get to the next ‘chapter’ you need to pass a test? Does the content of the book even need to be created entirely by me? Can I leave some parts of it open to edit by those who buy it and read it? Do I need to charge $9.99, or can I charge $99.99? Start thinking about how each and everyone one of the iPad’s features can be a tool for an author to more lucidly express whatever it is they want to express and you’ll see that reading isn’t ‘dead’, it’s just getting more sophisticated.

There are literary techniques, there will be iPad techniques.

I’m 21, I can say with a lot of confidence that the ‘books’ that come to define my generation will be impossible to print. This is great.