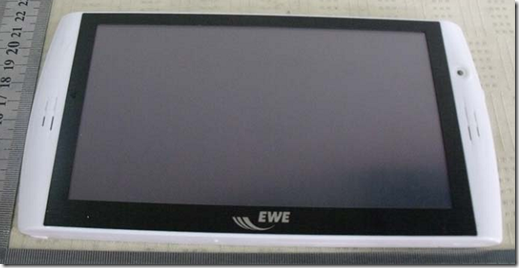 The Archos 7 Home Tablet is coming to America, everyone. The product’s US availability has always been in question but now that it’s hanging with the boys down at the FCC, it’s all but announced for America. We still don’t have a release date, though.

The 7 Home Tablet — dumb name, btw — is basically a large-screen version of the Archos 5 Internet Tablet we reviewed a while back. Android still powers the device, but the CPU is a 600 Mhz chip instead of an 800 Mhz model found in the 5 Internet Tablet. But the price is supposed to be slightly lower with the 8GB version retailing for $179 instead of the 5’s $379 price.

It seems that the model that the FCC is playing with is branded with a German wireless carriers logo, implying that it’s a 3G model and we might be one of the models available here in the states. [FCC via Wireless Goodness]