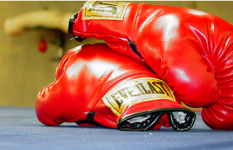 Today during Apple’s iPhone 4.0 developer preview, Steve Jobs announced a number of new innovations for its mobile platform. OS 4 will bring multitasking and folders to the iPhone, iBooks will come to the device, and Apple officially announced its venture into mobile advertising iAds. Plus, the latest number of iPads sold and app downloads was announced. And interestingly, Jobs made time to throw a few jabs at Google.

In regards to multitasking, Jobs said “In multitasking, if you see a task manager, they blew it. Users shouldn’t have to ever, ever, ever think about that stuff.” This is a direct hit at Google’s Android system. While a task manager isn’t 100 percent necessary on Android phones, many people download and use it to manage multiple apps running on the device.

In regard to mobile search Jobs said, “On a mobile device, search is not where it’s at, not like on the desktop. They’re spending all their time on these apps — they’re using apps to get to data on the internet, not generalized search.” Search is Google’s core competency, and search ads are Google’s bread and butter. Jobs is essentially saying that search is irrelevant on mobile devices, which seems to go against Google strategy with its Android platform.

Jobs spoke about the unified inbox on the iPhone, saying that “Customers have really wanted this…we’ve made it so you can have more than one Exchange account, as well. If you want to focus on just one account, we’ve added fast inbox switching.” Note that jobs didn’t mention Gmail. Probably not a coincidence.

In the question and answer portion of the presentation, Jobs said emphatically, “We do not have plans to be a worldwide ad agency. We don’t know a lot about advertising, but we’re learning. We tried to buy AdMob, but Google snatched them up because they didn’t want us to have them, so we bought another smaller company, Quattro. But we’re babes in the woods.” Although playing innocent, Jobs was clearly shedding light on Google’s motivations with purchasing AdMob (which honestly sounds like a fight between two toddlers over a toy-a very expensive toy).

Jobs points out that Apple decided to buy a “smaller company” in contrast to Google’s $750 million acquisition of AdMob. The announcement of iAds comes at a time when there are reports that the FTC is planning to block the Google-AdMob deal, because of anti-trust issues. Google bought the biggest player in the mobile advertising space, and is now being intensely examined for it. And of course, Apple also coincidentally announced its innovative, foray into the mobile advertising world (which is a multi-billion dollar market), just as Google faces regulatory hurdles which may curtail their involvement in the space.

Of course, Apple’s iAds could ends up being superior to the search ads Google has made a living off of. But Apple stepping in means that Google and AdMob officially have competition from one of the world’s largest technology companies in the mobile space, which could be good news for Google’s probable case against the FTC.