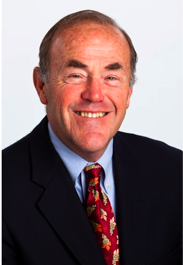 Battle currently serves on a number of boards of popular consumer internet companies including OpenTable, Expedia and Netflix. And Battle also advises several enterprise-focused companies, including Advent Software and Workday. Weiner tells me that Battle’s considerable experience advising both consumer focused and enterprise companies makes him the ideal choice to join LinkedIn . Weiner sees LinkedIn as a hybrid of the two, with its social network catering to everyday professionals and its enterprise licensing business developed for HR departments and recruiters to manage contacts. And Weiner says that LinkedIn will be adding new board members in the near future.

With 65 million members, LinkedIn is steadily growing in terms of users but its fastest growth, says Weiner, is internationally. India, China, and Brazil are among the fastest growing countries in terms of userbases, and LinkedIn is trying to invest further in those markets, by opening up regional offices. In the past few months, LinkedIn has set up offices in India, Canada, Sydney, Toronto and is making plans to expand to more countries in the near future. And internally LinkedIn is growing as well. With 500 employees now, the company will be hiring engineers, sales reps and international staff over the coming year, hoping to reach 850 employees by the end of 2010.

While LinkedIn is a strong IPO candidate, Hoffman told us at TechCrunch50 last fall that he’s not in any rush to go public. Later, Hoffman told Reuters that the company plans to pursue an IPO at some point, but not any time soon.The company was valued at around $1 billion in its last round of financing in 2008, and has been profitable since 2007.

Weiner, who took the helm as CEO in June, tells me that almost all of the $100 million that LinkedIn has raised over the past few years is still in the bank. In fact the funds from the last round, $76 million from Bessemer Venture Partners, SAP Ventures, Goldman Sachs and McGraw Hill, haven’t been touched at all. For now, the company has been able to fund growth through operating cash flow. Weiner says that in the current position of the company, an IPO is an option but remaining independent is also a viable possibility. And Weiner isn’t ruling out the possibility of raising more funding in the future, adding that the best time to raise money is when you don’t need it.

So where is the majority of LinkedIn’s cash flow coming from? Its enterprise licensing business, where HR reps and recruiters can license advanced LinkedIn platforms, is currently its largest revenue channel. Customers include 50 percent of the Fortune 100, so you can imagine that LinkedIn must be making solid money in sales from these companies.

LinkedIn as a product has had a few interesting developments over the past few months. The network launched two-way integration with Twitter a few months ago and also launched an integration with Microsoft Outlook. And LinkedIn opened up its API, allowing startups like Tweetdeck, Posterous and Ribbit, to bring LinkedIn to their platforms. Weiner says this is all a greater strategy of bringing LinkedIn to any sites or platforms that people may use in their professional life. In fact, the Twitter integration has caused a substantial increase in status updates on the professional network. But noticeably missing from these integrations, is Facebook. With Facebook’s 400 million plus users, it would make sense for LinkedIn to tap into the world’s largest social network. At the moment, there are no public plans to do so.

However, as IPO rumors continue to swirl, LinkedIn is focusing on growing its product and making it a better, more integrated offering, which seems like the smart thing to do. Weiner says that with 500 million professionals in the world right now, LinkedIn has just scratched the surface of what the network can do.