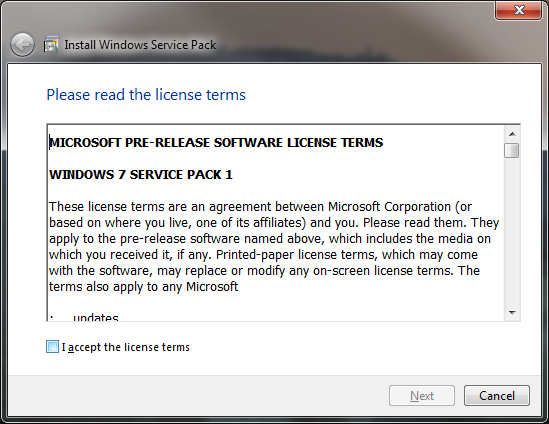 Anyone feeling particularly frisky this morning? ‘Cause it doesn’t take too much work to find what is supposed to be Windows 7 SP1 beta as it’s appeared on numerous torrent sites. We hear it’s the real deal, too.

GeekSmack as a gaggle of screenshots for your perusal, but even that’s not enough to convince me to install it on my system. Windows 7 runs great as it is and I can wait for the official release even if SP1 promises an exclusive dancing unicorn background. But…maybe a few of you could install it and report back with your findings. It is supposed to have a new remote desktop client. Anyone? Here’s the official build string: 6.1.7601.16537.amd64fre.win7.100327-0053.