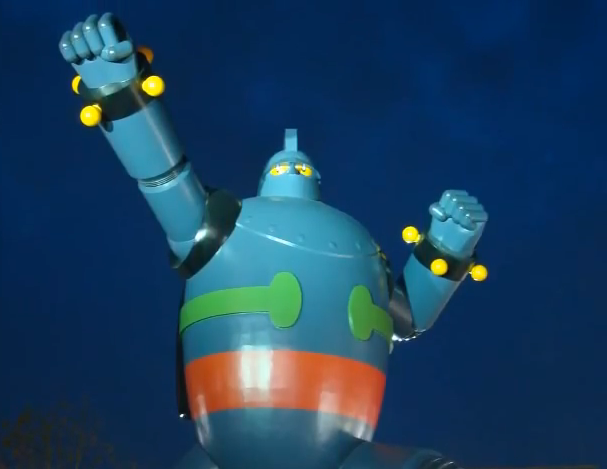 Remember Gigantor? Remember last October, when the Japanese city of Kobe erected a 18m high statue of the giant anime robot? Granted, the robo statue is nowhere near as big as its Gundam counterpart, but it’s still pretty cool.

And thanks to John Palmisano of Society of Robots, we now have a new Gigantor video. The new clip shows the statue up and close, during the night (it was filmed last week). The statue weighs 50 tons and cost $1.5 million to make.