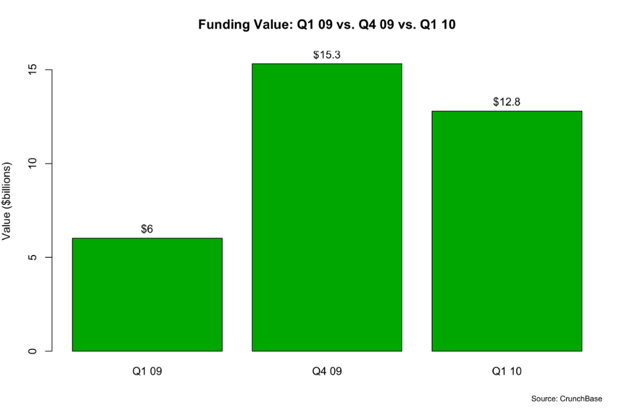 Venture capital is flowing once again to startups at a steady pace. During the first quarter of 2010, the total value of venture funding doubled to $12.8 billion from $6 billion a year before, when it was scraping the bottom of the barrel. However, the funding amount is down 16 percent from the $15.3 billion in the fourth quarter of last year, based on an analysis of CrunchBase data.

Some of the venture rounds during the first quarter include Sonos (https://future.techcrunch.com/2010/03/12/sonos-confirms-25-million-investment-from-index-ventures/), betaworks ($20 million), Hunch ($12 million), and Posterous ($4.4 million).

All in all, there were 1,201 fundings recorded in CrunchBase, during the quarter, up 77 percent from a year before, when there were 679. Compared to the fourth quarter, the sheer number of funding rounds was down 5 percent.

While venture capital hasn’t exactly come roaring back, it is very much alive and kicking. Deals are getting done, which is an encouraging sign. 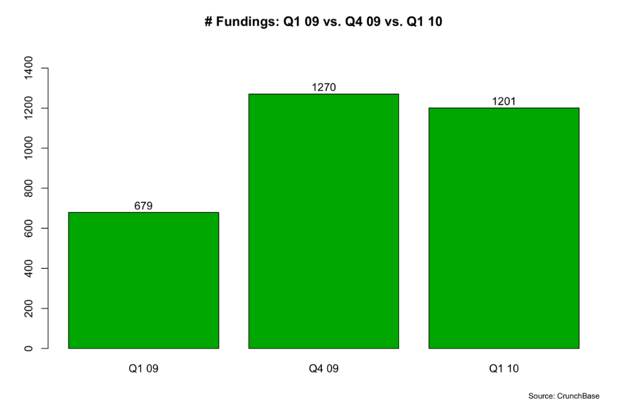