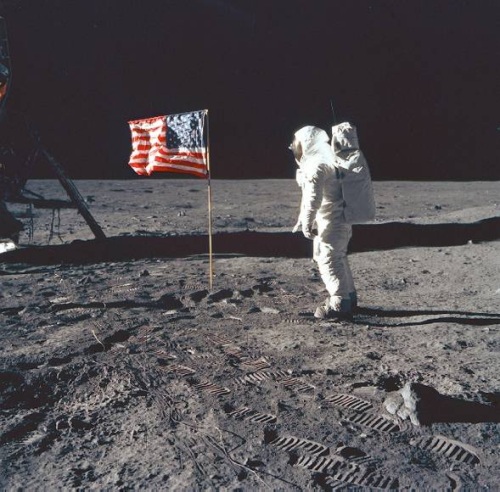 No clue what makes this list authoritative, but it’s Friday, and it’s the day before life as we know it changes with the release of… something. Anyhow, it’s a list purporting to show the most valuable autographs you can find. It’s almost relevant because of the person whose autograph has been deemed most valuable. Any guesses as to who’s number one before I give it away? Wait—I already gave it away in the headline. Oops.

So yeah, Neil Armstrong, commander of the Apollo 11 spacecraft. He walked on the moon, for the love of God! (So did Brian Regan, but who’s counting?) Getting him to sign, um, your cast is worth about $7,500. You could build an absolute top-of-the-line PC with that kind of money. I’m talking two ATI Radeon HD 5970s in CrossFire or Nvidia GTX 480s in SLI, plus super-fast sold state drives. Having money must be nice.

No one cares about places six through ten.

And for the sake of killing a bit more of your time, here’s my top five:

1. Leo Messi (I literally laughed out loud at the song that plays)

So if any of those can be arranged that’d be great, thanks.

(We’re trying to strike a balance between IPAD IPAD IPAD and other, non-iPad stuff, even if they’re only marginally relevant to CrunchGear.)