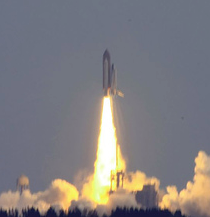 If you’ll pardon the pun, SimpleGeo has positioned itself well.

With a frenzy of activity surrounding location-based services, more and more startups are launching ideas that rely heavily on location. But implementing location is still a relatively complicated process. And that’s where SimpleGeo comes in.

We’ve written about the service a number of times over the past several months. Basically, they provide the infrastructure and tools to allow other services to add location elements with ease. In fact, since they launched in beta late last year, they already have some 5,000 developers on board using their service. And tomorrow at the Where 2.0 conference in San Jose, CA, they’re opening up their platform for all to use.

Alongside the launch, SimpleGeo is introducing two new products: the SimpleGeo Marketplace and the SimpleGeo Storage Engine. The Marketplace will make it easy for developers to see a range of different geodata and pick what they want to use. This store allows developers to get in touch with the geodata providers who are serving up the data (names you know like Twitter, Foursquare, Gowalla, etc).

The Storage Engine is a cloud-based system to allow developers to store location and do queries on it. Think of it as Amazon S3 for geodata.

So how much does it cost to use SimpleGeo? It’s free for up to a million calls, after that it’s $399 for 2 million calls (and additional support), $2,499 for 10 million calls, and $9,999 for 30 million calls. The pricing model is based on how much you’d need to pay for an engineer to handle that much data. Seeing as SimpleGeo curates this data and provides the servers needed for it, it will be a big value to most companies.

DeCarta, ESRI, Localeze, MetaCarta, Quova, Stamen Design, and Weather Decision Technologies are a few of the big partnerships SimpleGeo recently signed. There was also a Skyhook Wireless deal that went live during SXSW. And you’ve probably heard of some of the startups already using SimpleGeo, such as StickyBits and BumpRadar.

Since its $1.5 million seed funding in November, SimpleGeo has been hiring like crazy and hopes to open a San Francisco branch soon (they’re currently based in Boulder, CO).

And despite the launch, SimpleGeo’s work is far from done. The plan is to launch a couple new features in relative short order, co-founder Matt Galligan tells us. One is called “Pushpin” which will let developers send in a coordinate and get back all sorts of data from SimpleGeo such as country, state, city, neighborhood, zip code, etc. And using other data, you could get the names of buildings on college campuses, for example, Galligan says.

Another new feature called “Polygon” will let developers send in the name of an area such as “The Mission” in San Francisco, and SimpleGeo will return a list of everything in that area.

Look for SimpleGeo’s new website and new admin interface to launch tomorrow after Galligan takes at Where 2.0 around noon PT. You’ll be able to sign up to get in on the location action at that time. Then you can go build your own version of this.