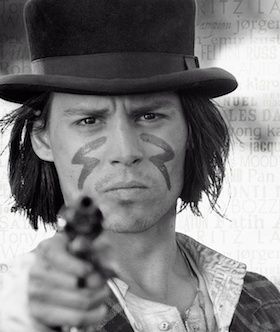 Update: See this post for a likely explanation on why Buzz appears to be sending almost no traffic referrals. It is, in essence, a black hole.

In the 2000 elections, incumbent Republican Senator John Ashcroft was defeated by Governor Mel Carnahan in the race for one of Missouri’s U.S. Senate seats. The only problem? Carnahan was dead.

I’m reminded of this while looking over the traffic logs for TechCrunch, because it appears that someone else is losing to a dead rival: Google Buzz. According to our data, in the past month, Google Buzz has been sending less traffic to TechCrunch than FriendFeed — the service which is essentially the same as Buzz, only better, and ever since the acquisition by Facebook has been a ghost town.

But apparently, a ghost town still sends more traffic than the much buzzed-about Buzz. In the past month, FriendFeed is the #52 referrer of traffic to TechCrunch (in its heyday, it was occasionally in the top 20), Google Buzz, meanwhile, is at best #55. I say “at best” because it’s hard to know exactly how much traffic Buzz is sending because it’s built into Gmail. But still, I’ve drilled down into the subdomains to look for clues that it’s Buzz sending the traffic. Obviously, a solid chunk from the mail.google.com domain is coming from Buzz, and also some from google.com where Google Buzz profiles are hosted.

Looking over a handful of popular stories on TechCrunch over the past month, Google Buzz is nowhere to be seen anywhere near the top referrers. This, along with conversations I’ve had with others about their referrals leads me to believe that Buzz is actually quite horrible at doing the job it set out to do: share information. What’s the point of sharing links on Buzz and having other people comment and like it if no one is actually reading any of the content itself? The TechCrunch account has some 7,700 followers (and when you added in individual author accounts that also share our posts, we have well over 10,000 followers) and yet we’re seeing hardly any traffic from the social service. And that’s after we even made our own Buzz button.

All that being said, there is evidence that Buzz is helping to boost sharing on Google Reader, because it did help make Google Profiles more social. But still, Reader shares a miniscule when compared to rivals Twitter and Facebook. And again, Buzz was supposed to be the service that made sharing super-easy. And it’s shoved in the face of Gmail’s hundreds of millions of users, so these referral numbers are pretty pathetic.

While it may be a ghost town, FriendFeed remains the example of what Buzz should be when it comes to sharing content. One reason it still destroys Buzz: Twitter. For much of its life, tweets accounted for most of the data coming into FriendFeed. Early on, with a built-in Twitter account link, tweets were also popular on Buzz. The problem is that Buzz inexplicably delays tweets for as many as 12 hours before bulk importing them all from the day — which is beyond annoying. For this reason, myself and others have unsubscribed from anyone on Buzz who imports tweets. Google has access to Twitter’s firehose, so I have no idea why they can’t import these tweets in realtime, as the small FriendFeed team was able to do. Undoubtedly, that would help with the sharing problem.

But Google may not want to do that. After all, it’s not trying to build just another front-end for Twitter. It wants to be its own service — one of Facebook proportions. Unfortunately, that’s just not happening right now. And I’m seriously starting to doubt if it ever will. Those changes can’t come soon enough.