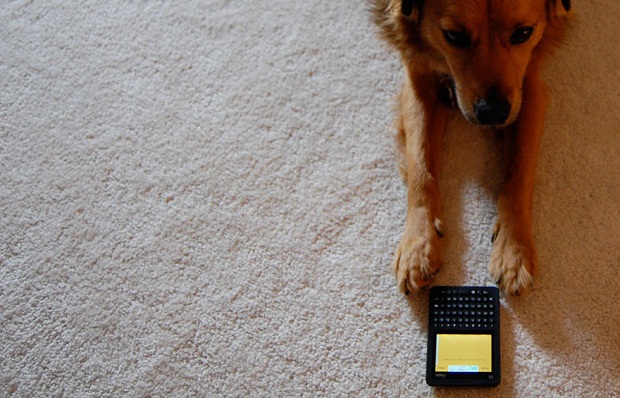 “Big stuff that will blow away folks. Not just an awesome “Peek for Life” promo. But really, truly big stuff. So stay tuned for Project Big Stuff.” That’s a direct quote from Peek’s official blog after stating flat out the company is short on cash even though they make a decent amount of revenue. Of course Peek could probably raise a bit more if absoulity necessary, but we’re curious what the company that brought us the email-only, and more recently Twitter-only, device is working on.

Project Big Stuff, you say? Of course Peek is likely working more features into its device, but there’s a thin line already between a Peek and a full-fledge smartphone. Too many features will likely drive some consumers to cell phone providers. But then there are some basic functions such as GPS, web browsing, and even an app store that *might* work well in Peek – as long as it maintains the idiot-proof interface and dirt cheap monthly subscription.

All we can do at this point is wish Peek well and sit patiently on the sidelines spouting random pieces of advice like we know what we’re talking about. We’ve gotten pretty damn good at that the last few years. [Peek via SlashGear, image via BBG]