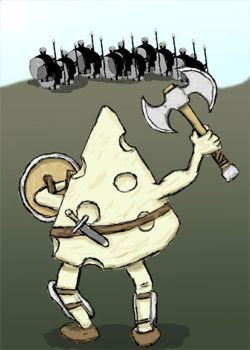 Don’t expect an army of web companies to rush to Google‘s defense in China v. Google. The lines are drawn but Google will stand alone, according to internet law expert and Harvard Professor Jonathan Zittrain.

Other companies, Zittrain argues, are too timid to go toe-to-toe with China, especially with the web’s biggest market at stake. That decision to remain neutral seems like a no brainer — at least from the short-term, dollars and cents perspective — but there’s an argument to be made that Google could eventually emerge as the victor. Zittrain hypothesizes that if Google holds its posture and China ultimately evolves into a truly free society, then the citizens of China will pledge allegiance to Google and reject the other brands that effectively sold-out with self censorship.

Our Skype interview with Zittrain after the break.