Google’s Matt Cutts takes issue with my post yesterday expressing mild outrage that Facebook puts its application developers in a position of having to choose between “user experience” and “monetization.”

I called that choice the “Evil Dial” – more evil, more money, and Facebook gets their cut because all of these guys plow that money back into Facebook advertising.

Cutts’ issue is the apparent contradiction with an earlier post where I criticize Twitter for saying that they want to “be a force for good.” “Let others use Twitter to do good things. Twitter should stay goodness-neutral and self righteous free,” I say in that post.

The reason these two posts don’t contradict each other is the last sentence of my Twitter post, where I say this: “Or alternatively try to be a force for good. But just do it, don’t talk about it.”

But it’s a lot harder to actually be good than it is to simply say you are good.

Like others, I am becoming increasingly skeptical of the original Don’t Be Evil company (the one Cutts works for, in fact). Their hypocrisy on China is stunning. It’s hard to argue with the evidence Danny Sullivan laid out. Whether Google is doing business with the Chinese government in 2006 or pulling out of the market in 2010 they make the same argument that good v. evil dictates their actions.

I’ve thought long and hard about my position on this since the news about Google in China first broke in January. I didn’t want to spout off half cocked with an opinion that I’d later regret. And after long deliberation, I’ve come to that simple conclusion. Google’s position is bullshit.

That’s why I wince when I see Twitter following that same path. Because Googlers really think that they are doing the right thing. It’s a self righteous groupthink that leads to situations like this. And on a mass scale it can be dangerous as hell. 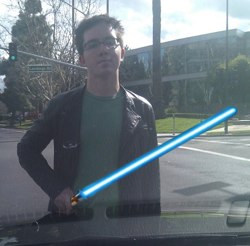 A lot of that same self righteousness pervades the ranks at Twitter today. It led them to, for example, remove news sites like this one from the suggested user list in 2009 when we didn’t fall into line editorially. As Twitter’s power grows, how will Twitter define good v. evil? Perhaps revolutionary actions in Iran are ok and supported, but in another country they aren’t? Will Twitter continue to pick and choose which politicians get on the suggested user list, or whatever future mechanism they have for helping out “good” politicians v. “evil” ones?

Of course they will. Because they aren’t striving for neutrality, they’re striving to support their version of good.

So back to Facebook. What I’m arguing for here is a straight up ban of misleading advertising that dupes consumers into buying stuff they don’t want to buy. They don’t have to create a frickin slogan, all they have to do is protect their users from bad people that want to steal their money.

But at least we know where things stand with Facebook. There’s a straight up Evil Dial. I’ll take that over religious zealotry any day.